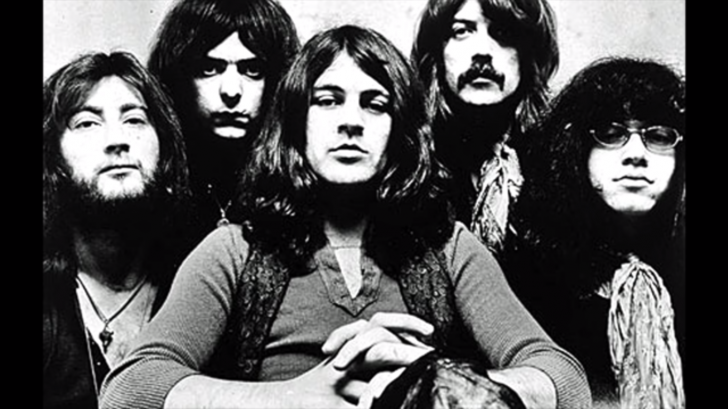 The 70s, an essential decade for almost anything made with guitar sounds, in which a good number of names arise or are consecrated that are still a reference today. Undeniable names, account adjustments, and the odd surprise they did during the ’70s. The greatest rock bands of the decade reflect our particular vision and how they started a new era of rock and roll.

When Jimmy Page stepped off the Madison Square stage on February 7, 1975, Led Zeppelin was the biggest band in the world; he, the most admired guitarist on the planet and Robert Plant, little less than a God forged in flesh and blood, the greatest rock star.

Before, there was a story. Zep did not emerge from below. There were no bars or covers or singles as evidence. The band arose from a millionaire bet of the Atlantic Label by the renowned guitarist Jeff Beck. When the first LP came out, “Jimmy Page’s new group” was already on tour. Page had looked for every member (John Paul Jones on bass, John “Bonzo” Bonham on drums) and was convinced that something great would happen when he listened to Plant, an unknown singer from an English industrial neighborhood. He listened to it attentively and did not understand why the boy was not yet famous. Soon he would be. Boy, he would be.

Deep Purple began their journey in the music industry under the name of Roundabout, a combo that accompanied the solo adventures of Chris Curtis, a former member of the group The Searchers. The first line-up consisted of vocalist Rod Evans, guitarist Ritchie Blackmore, bassist Nick Simper, drummer Ian Paice and former Artwoods keyboardist Jon Lord.

Black Sabbath is one of the most important, innovative, and influential bands in the history of Rock and Heavy Metal. The Black Sabbath story begins in Birmingham, England, made up of vocalist Ozzy Osbourne, bassist Geezer Butler, drummer Bill Ward, and lead guitarist Tony Iommi. Black Sabbath was made of its own style with the incorporation of lyrics about occultism, terror, wars, and a dark and sinister sound (which was intended to be scary) in an age dominated by flower power, folk music, and hippie culture. Black Sabbath’s early influences were bands like “Cream, Fleetwood Mac, John Mayall’s Bluesbreakers, The Beatles, and Jethro Tull.”

From mod paradigms to hard rock stars, located in the psychedelia or promoters of conceptual rock opera, the Who knew how to develop their capacity and instrumental intensity under the creative talent of one of the best songwriters and guitarists of all time: Pete Townshend. At his side were exceptional performers, endowed with a very pronounced stage personality, especially his drummer Keith Moon and his lead singer Roger Daltrey. The magnificent bassist John “The Ox” Entwistle, with a calmer character, contemplated what his savage companions destroyed on stage, forming together with Moon one of the most important rhythmic sections ever known in the history of rock.

The Eagles story begins when Glen Frey (singer, guitarist, and songwriter) and his friend Don Henley (drummer and singer) join the band that accompanied Linda Ronstadt on the recording of their album “Silk Purse.” After two years of collaborating with this band, both decide to leave it to create their own group. For this, they invite musicians Bernie Leadon (rhythm) and Randy Meisner (bass) to participate in the project. They were later joined by Joe Walsh (guitar and backing vocals), Don Felder (guitar), and Timothy B. Schmit (bass).