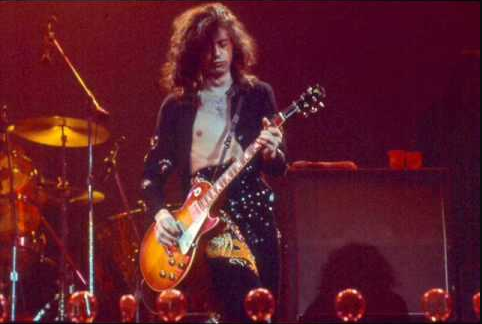 Pagey: The Post-Led Zeppelin With His Magic Fingers

After struggling just a bit to find his way to the music world after Bonham’s tragic death, Jimmy Page found a way to continue and create music for his fans.

We look back at the “Best Songs From Jimmy Page After Led Zeppelin.”

A Plant and Page collaboration and they managed to bring the best out of each other.

In the year 2009, it won the Record of the Year at the Grammy Awards. Robert Plant acceptance speech at the Grammy’s: “When we started this project together, the whole game was a mystery. We gave ourselves three days, and we said if it doesn’t work, we’ll just take lunch, and I’ll go back to Wolverhampton. But we brought this song out and it’s been given that Nashville touch and it feels pretty good.”

Yeah, it was indeed satisfactory with all that ax slinging that came from Page.

The Firm was indeed a supergroup consisting of Paul Rodgers and Jimmy Page – and they were truly amazing with each other. They should have made more music together and released more songs like this one.

Sometimes we think that Page and Plant are made by fate to be together and will always belong with each other forever.

The sound of this song was something you would expect if Led Zeppelin didn’t disband in 1980 after the tragic death of drummer John Bonham. It was a difficult decision on their part, but Page and Plant continued to create more music together embarking on a world tour.

Two legends played it till they were weary with Pride and Joy.

Coverdale•Page was the only studio album they released together, and it seems like this was something called “dream come true” on the part of Whitesnake lead vocalist David Coverdale singing for Led Zeppelin guitarist Jimmy Page.

With Paul Rodger’s voice and the brilliance of Jimmy Page on the guitar, then you’ll have this piece of art!

Another song why precisely God put these two beautiful souls together.

Blue Train was one of the saddest songs of all time, and the lyrics as a whole was incredibly moving — so tender. The two highlighted their greatness even more. Three words: wonderful, divine, amazing!

Love me some Paul Rodgers, and play it all night long with Jimmy Page.

Jimmy does what he does best – producing and writing songs.

The Only One from the album Outrider released in 1988 was their fun collaboration post-Led Zeppelin era. Many fans were glad when Page invited Plant to record an album with him – the chemistry they had never diminished.

If you’re a musician, then you know how great this song is and the way it was produced.

Though Coverdale and Page had great chemistry together, many people were somehow baffled (including Robert Plant) when they collab together. And even the record sounded a bit similar to the Led Zeppelin sound, but of course, there are tracks notably worth a listen like Easy Does It.

You liked it then, you’ll still like it now, and God, how we wish to see Page and Rodgers do another project together. Wouldn’t that be a sight?

When Jimmy Page found himself teaming up with Bad Company singer Paul Rodgers this was their first single which made the fans happy for not giving up on music after the breakup of his old group.