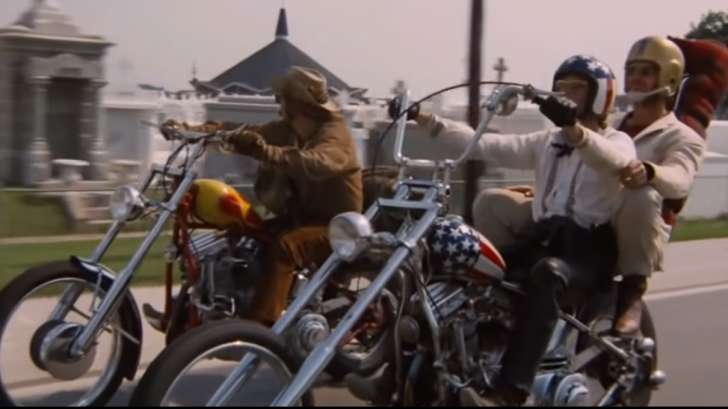 Some say that the best part of a trip is preparing it. And if the trip is by road, you cannot miss the music that will put a soundtrack to the succession of landscapes and scenarios that will pass through the car windows, to the vibration and the touch of the steering wheel as we swallow one kilometer after another. We give you the 10 Best Suited Classic Rock Songs For The Road:

From a few yesterdays ago (1970), Speed ​​King is a masterpiece and a show of energy and authentic rock to take on the road. The late Lord does whatever he wants with keyboards while Richie Blackmoore makes his beloved guitar his own once again. Gillan’s unmistakable voice perfectly qualifies a period song. Rock!

Born To Be Wild – Steppenwolf

I don’t think it is necessary to explain why this song is the quintessential highway song. Let’s look at the first four verses: “Start the engine / Line the road / Looking for an adventure / And what the trip brings us.”

The legendary band KISS had many hits throughout their long career, but one of the best songs is Detroit Rock City. Despite that “bad” look, the music was quite digestible, but always “on”. Here is a great sample of his rocker side. Also, Detroit is the Motor City.

The great Ozzy presents us with a song that has already become a classic: Crazy Train, one of the best demonstrations in his time as a soloist and not to mention the guitar “solo” … a monumental display of talent and rock by Randy Rhoads. One of Ozzy’s darkest eras, but also one of the most remembered thanks to its great musical quality.

The album The Razors Edge, released in 1990, started with this song, Thunderstruck, which makes it clear that Australians know well how to rock regardless of age. One of the best antidotes to boredom is AC / DC in almost all of its presentations; however, this is one of our favorites. The choir is delightful.

The British Judas Priest are identified in much of the world by this song: Breaking the Law. A rock classic from a few years ago, it is still valid for those who like this trend, but especially for those who do not want to have a bad time aboard the car in traffic cases. Just one thing: let’s respect the law!

Runnin’ Down a Dream – Tom Petty and The Heartbreakers

This is the second single from the 1989 Full Moon Fever album. Although it may not seem as rocky as the previous examples, it does work for us when it comes to traffic. Also, the guitar riff is one of the hallmarks of this good song, Runnin ‘Down a Dream. Today we no longer have Petty present, but his music will stay forever.

A song that makes clear to us the risks of reckless driving and also shows that Metallica and their ReLoad are well worth it. The album is from 1997, but it sounds so current that it’s hard to believe that it was released more than 20 years ago.

Get Your Kicks on Route 66 – The Rolling Stones

It is by far the most famous road song in the world. It was recorded as a pure jazz song by Nat King Cole back in the late 1940s and was already a hit then. Chuck Berry, who else, recorded the first rock and roll version of the song in 1959, and the Rolling Stones signed up in 1964.

Well, there’s nothing to explain about this song, just Rock And Roll your road trip!