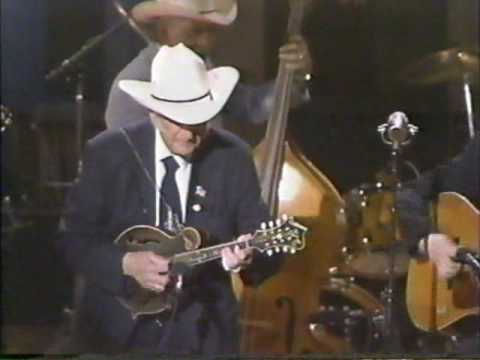 The history of bluegrass music is linked to the history of the United States itself since this genre dates back to the first Irish, Scottish and English settlers who crossed the Atlantic Ocean in search of new opportunities. However, as is the case with most musical genres, bluegrass was also influenced by other styles, such as African-American music, in particular, jazz and blues.

Basically, bluegrass music takes its name from the region in which it is said to have originated and was known as “Bluegrass”. This area included the north of the State of Kentucky and a part of the south of the State of Ohio. It was an eminently agricultural area where a blue-colored herb, from the grass family, used to grow, hence its name.

Among the most typical instruments used to sound bluegrass music, we find the banjo, the violin, the guitar, and the mandolin. The part in which it is sung is normally performed by a trio, in which a very high voice stands out, which in English is usually called “high lonsome sound”, that is, a high, lonely, and outstanding sound. Typical song lyrics refer to all sorts of topics, from love stories to religion to dramatic events.

One of the first artists in bluegrass music, if not the first at all, was Bill Monroe. Not for nothing is he known as the “father of bluegrass”. The year was 1939 when he founded the group “Blue Grass Boys”. In fact, many also think that the name for the musical genre was taken from there.

The history of American popular music is a history of migrations and fusions. Millions of beings from all over the world, by choice or by force, inhabited an almost virgin territory (unfortunately, as far as I know, in this story the North American natives had little influence) in which practically they had to start from scratch, with the cultural and material heritage of each one as the only reference.

And the most extensive community was of course the one coming from the Anglo-Saxon immigration, especially Irish, English, and Scottish, whose culture contributed to Celtic music, with its pentatonic melodies, its fondness for modes such as the Doric or the Mixolydian, its endless cyclical interpretations, its ornaments and improvisations, and its totemic instruments, among which was, of course, the violin.

Popular music was (and is) a party tool. A party is a tool for dancing. Dancing is a tool for courtship. And we already know what courtship is for. That’s why all the country songs of the old days in deep white America began as dance tunes, dances, as it were, recycled from the old ternary jigs, and become, over time, the soul of country leisure. rural life.

Musical production in the Appalachian mountains, where the so-called hillbillys lived, was especially fruitful, and this is the heart of the style we are dealing with (in other areas such as Louisiana, the French influence gave rise to the Cajun world, which we have already talked about on another occasion, and that it also influenced bluegrass in some way).

Possessing a violin as a family heirloom from the ancestors of Europe was sometimes the only and main option to have an instrument as such (let us bear in mind that large instruments are difficult to transport). The fiddler was sometimes the only performer, accompanied or not by a singer, and had to interpret both the melody and a clear and precise rhythm to guide and stimulate the dancers.

It is impossible to know exactly what music was like in the late 17th and early 19th centuries, but we can get an idea by listening to some artists in particular. Frank Fairfield is, in my opinion, a musician very faithful to the original sounds of Old-Time. Just look at his style of holding the violin and the bow, absolutely foreign to the academy: he supports it on his forearm, leaving his whole hand on the neck, while his left-hand holds the bow much higher than normal. classic, supporting the weight of your hand, since the bow never rises because it never separates from the strings. It is wonderful to see and hear you:

But the fiddler (who also acted as dance caller or director of the dance) was often joined by volunteers who, excited by the music, got hold of any item with which to make rhythms and participate in the party: washboards, spoons, bones, improvised mouth harps, knickknacks that have ended up creating a singular and characteristic sound world, which we do not fail to recognize as soon as they begin to sound.

The influence of African music.

Later, or perhaps at the same time, the African influence began to be felt when many whites were inspired by an instrument built from a gourd that was played only by black slaves and their descendants, whose conception they had brought from their native Africa: it was the predecessor of the banjo, initially without frets or resonator and that, although at first it was limited to playing the same melody as the fiddle to emphasize the rhythm in a lower key, little by little it evolved and enriched its technique until it became such an instrument important as the violin itself. And so the banjo-violin couple was formed, an irresistible duo that (without wanting to underestimate the rest of the instruments) is at the heart and origin of all North American rural music.

The rest of the instruments were incorporated little by little: of course the today essential and omnipresent guitar and its relatives: or the dobro and the lap steel guitar; especially the mandolin (some call it the violin of the poor perversely) but also the dulcimer, the cello or double bass, various types of harps…

And of course, the high lonesome sound, that way of singing between nostalgic and hillbilly, that someplace with bluegrass as its birth but that comes from far behind.

But as always happens, the music created to dance ends up becoming music to listen to. Instrumentalists start playing simply because they feel like it because they get ideas because they need to. The songs come out of the rural environment and begin to be broadcast on the radio, successes follow one another and many musicians become professional and become famous, globally popularizing styles that initially only had a global reach.

So we’ve already seen how much of the character of bluegrass already existed in rural areas. All that was missing was a figure that would perfect, round off, and take this style up a notch in virtuosity and sophistication to finish shaping the style.

What happened was that, in 1939, Bill Monroe, a musician from Kentucky, first put together a band he called “Bill Monroe and the Blue Grass boys”. Blue Grass’s name refers to an area known as the “Bluegrass region,” which includes northern Kentucky and a small portion of southern Ohio. and whose name refers to the blue grass or blue grass, a grass of the Poa genus, common in the area.

The success of this band caused their name to end up being applied to any song that resembled the ones they played. Obviously, the term Old-time (which was coined later to encompass everything before bluegrass) did not exist then, at that time it was more common to call it hillbilly music, but since this name could be used pejoratively as “hillbilly redneck”, which that did not fit so much with the elegant Bill Monroe and his boys, it was finally being replaced until in the 50s it was definitively called bluegrass.

So it was this band that defined the classic standard of bluegrass, as it is understood today, both in components (fiddle, banjo, mandolin, guitar, and double bass) and in musical characteristics: a hillbilly sound on steroids, plus musical influences. blues (occasional use of minor third intervals along with the major third), ragtime (rhythms), and even jazzy touches (thanks to violinists like Vassar Clements).

And rituals were also defined that are still respected today in bluegrass and old-time jam sessions that are still played all over the world: songs are played in cycles until all the solo instrumentalists have performed one or more solos on the cadence of chords so that a theme can go as long as the master of ceremonies (often a guitarist or mandolinist) decides.

A ceremonial that has its rules (although each one has its own, and it depends on whether it is a group of friends or something more serious) of which we have found this example.

Bluegrass had its heyday in the 1940s and early 1950s. After that, it ceased to be a novelty and was displaced by the rock-n-roll explosion. Perhaps for this reason, with the 60s and 70s, winds of renewal came to a rustic style that was already beginning to cease to be glamorous compared to other urban styles. The old bluegrass, like other styles really, wanted to modernize and explore the trends that prevailed in rock and folk.

Newgrass, also known as Jamgrass or progressive Bluegrass, is the result of combining classic bluegrass with progressive rock, trying to reach a younger audience.

Artists like Bela Fleck, Free grass Union, Sam Bush, etc. are some of the explorers of this style.

Newgrass often uses non-traditional instruments such as electric guitars and banjos, slide guitars or percussion instruments, and of course electric violins. Actually, newgrass could be defined as bluegrass without canon or rules, which the same can be tinged with jazz, pop, progressive rock, or any other style.

It’s exciting to see that the folk sound, not just the American one, is beginning to be valued what it deserves. On the one hand, classic bluegrass is held at hundreds of festivals, not only in the United States but throughout the world. It is not difficult to find fans of this music in any city, from Japan to Spain, with great instrumentalists who master their instruments in an incredible way.

On the other hand, professional musicians continue to explore and deepen the possibilities of a style that continues to inspire new ideas and old emotions. Country music has always had a loyal following in the US, but hits from bands like Wilco, which meld traditional roots with contemporary melodies and rock heritage, have made new audiences interested in old acoustic sounds.

There are great bluegrass legacy bands out there today. Some of the favorites are Nickel Creek, with mandolinist Chris Tale and a wonderful singer and violinist Sarah Watkins; Alison Kraus, also a singer and violinist; Bela Fleck and her various groups; the Punch Brothers, again with the prodigious mandolinist Chris Tale; Crooked Still, which has among its members one of my favorite violinists, Brittany Haas; and of course, one of my current favorite bands, Trampled by Turtles, and how great their fiddler is, don’t stop enjoying this great concert:

And so bluegrass continues to make history in two ways: on the one hand, classic bluegrass continues to bring together professional and amateur musicians to improvise and revive the old and immortal classics. On the other hand, lots of interesting bands are still inspired by the sound that came down from the Appalachian Mountains to create their own songs, infused with today’s sensibility, but always with the old sound of the violin screaming at full blast and making you jump and jump. dance to the new generations.