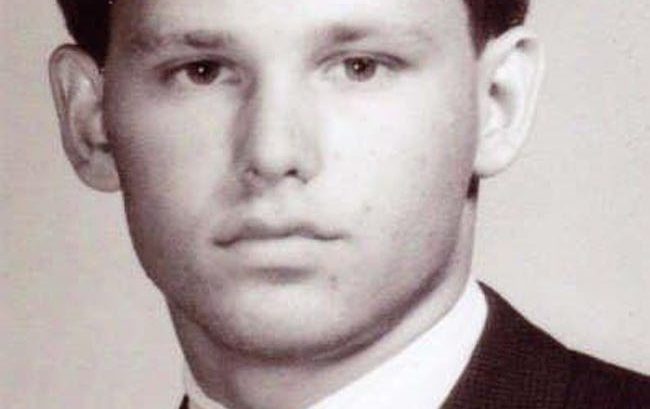 Although the newspapers and magazines of the time made an effort to exalt his irrepressible sexual magnetism with headlines such as “the king of orgasmic rock” or “the first great sex symbol since James Dean died and Marlon Brando got fat”, Jim Morrison, who today would have turned 78, he was much more than a “crotch hell angel” (yes, that was another headline about him).

His unique voice, his poetic lyrics, his wild performances, and the dramatic events surrounding his life and early death have made him a legend. Taking advantage of the open broadcast on the Arte TV channel Jim Morrison: The last days of Paris, coinciding with the 50th anniversary of his death, review his immortal phrases about life, the universe, and everything else. Around his death in Paris on July 3, 1971, there are all kinds of conspiracy theories: from that, it was a murder to that he faked his own death, through a complex CIA conspiracy.

Theories have been fueled all these years by the fact that the French police did not order an autopsy when they found the musician’s body in the bathtub as if he were a character from Jacques-Louis David, a dead Marat with so many things still left behind. say. The tragedy, as the documentary points out, enrolled Jim Morrison in the so-called “27 Club”, made up of musicians, artists, and actors who died at the age of 27. Among them, Janis Joplin, Brian Jones, and Jimi Hendrix.

Five decades have passed and it is still not clear what Jim Morrison died of. Max Vasile, the doctor who came to his home, at number 17 rue Beautreillis (Paris), required by the police, wrote in the certificate that the cause was heart failure. They did not do an autopsy and the doctor stated that it was a natural death.

But it is not very natural for someone to die at the age of 27 and from the moment the death of the founder of The Doors became known, speculation began that continues to this day.

The time of death was, according to the report, at five o’clock in the morning on July 3, 1971. That night it was very hot, Jim was not feeling well. Early in the morning he decided to take a hot bath, it was hard for him to breathe and he couldn’t sleep. That’s what his girlfriend Pamela Courson told. She was the one who found him dead.

Since it was made public, there has been a talk of suicide, overdose, murder, and even speculation that he never died, that in reality the singer, overwhelmed by fame, took a plane to an unknown destination.

What is known for certain is that on Friday, July 2, Morrison went out to dinner with Pamela and his college friend Alain Ronay. The artist had been depressed for days. They tried to cheer him up over dinner, but Morrison hardly spoke, it was later reported. Then he told them that he was going to the cinema to see a movie. And that’s where the story gets opaque. It is not known if he really went to the movies, or if, as some witnesses say, he actually went to the Rock’n’Roll Circus club to get heroin. The singer regularly consumed a lot of alcohol and snorted drugs.

The venue’s manager, Sam Bernett (who has written a couple of books about The Doors), maintains that Morrison died in the Circus bathroom of an overdose, that he was dragged out and brought home dying. A theory that Pamela did not confirm. She maintains that she came to talk to Jim when the singer was in the bathtub, and seeing that he didn’t go back to bed, she asked him: Is everything okay? and that Morrison replied that he was ok. But he was not so well because at 8 in the morning he was found dead.

Many Parisians say that heroin – a drug used by both Jim and his girlfriend, who died a few years later from the effects of an overdose – was the real cause of death. For years, messages related to that theory appeared on Morrison’s tomb in Pere Lachaise. But exotic stories related to witchcraft or political conspiracies hatched by enemies of the late 60s counterculture of which the vocalist had become an undoubted symbol also circulated. Or more stories about an overdose, but of cocaine, a drug that Morrison used to mitigate the effects of the large amounts of alcohol he consumed. Finally, there are those who keep talking about suicide. And it is true that the last years of the artist had had an intensity that few bodies can tolerate. It is likely that Jim did not expressly want to take his own life that morning, but his pathological behaviors were clearly a path with only one destination.

Regardless of the circumstances of his passing into eternity as an illustrious member of the rock pantheon, Morrison remains a relevant cultural figure today. In life, he did everything necessary to build his own mythology, just like other artists he admired and endured in the collective imagination such as James Dean and Elvis Presley.