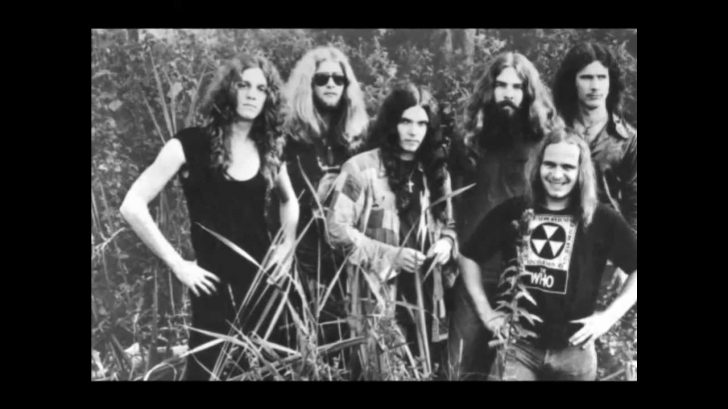 Lynyrd Skynyrd emerged in Jacksonville (Florida) in the late ’60s, practicing a rock style highly influenced by country and southern soul. At first, they were only a handful of young brawlers, but the strict work ethic that their leader and singer, Ronnie Van Zant, imposed on the group, caused it to take off artistically from its first record delivery.

The band’s first album, and the one that many consider the best, is “Pronounced‘ lĕh-‘n perd ‘skin-‘n perd” (1973), an album where nothing is left over. Right from the start, the classic southern riffs of simple notes with bent guitars, a trademark of the house, stand out in his compositions. Songs like “I Ain’t The One” or “Gimme Three Steps”, which can be considered southern boogies, are in any Greatest Hits of the Skynyrd, but the best of the album is in its most intimate songs. “Tuesday’s Gone” is an emotional ballad with a wonderful piano and dazzling guitars, “Simple Man” is an ode to the southern lifestyle that has been used in countless television commercials (a few years ago Decathlon used it in a large campaign advertising) and “Free Bird” is one of those songs that can be said, without fear of blushing, that it is the best song in history, being at the height, for example, of “Stairway To Heaven”, “Hotel California” or “Bohemian Rhapsody”. The album is completed by jewels of much more country influence such as “Poison Whiskey” or “Mississippi Kid”, which is almost bluegrass. Without a doubt, this is one of the best albums in history.

Listed below are The Chosen 3: Lynyrd Skynyrd’s Finest Songs:

Lynyrd Skynyrd were free as a bird when it flies as far as relationships with women are concerned, although the narrator is also saddened to lose a real love, during the text. On the other hand, the song was also dedicated to his fellow musicians Duane Allman and Berry Oakley, both from the Allman Brothers, who had died so young and Ronnie Van Zant always saw them as “free birds.” Van Zant himself also stated that, in general, “Free Bird” was about the freedom of the people in America, referring to it as something positive. Over the decades, this rock ballad became hugely popular in American music culture. However, the women also had a say in all this and the opening sentence of the subject was inspired by Kathy Johns, Allen Collins’ wife, just after the two married and then quarreled. Specifically, she said to him: “If I leave here tomorrow, will you still remember me?” An emotional marriage phrase that Collins wrote down and included in the cut.

I AIN’T THE ONE

The incredibly inspired “I Ain’t The One” opens the group’s 1973 debut album and hits the listener right out of the box with its spurting quality, through fiery guitars or the angry and rough voice of Ronnie Van Zant. After the disintegration, in 1972, of Creedence Clearwater Revival another new and amazing band of this type of rock had become known: Lynyrd Skynryd was going to soak and teach the entire planet the preciousness of America’s vibrant rocky southern sounds. The media praised this musical promise and, for example, Cash Box magazine called them, in 1973: “the next world super-group.” At the time of the first release, it was imperative for fans to learn to pronounce that rare name for that band, which had misrepresented the name of their strict high school gym teacher, Leonard Skinner.

This chanted extra-official anthem of the South of the United States cannot be placed in any other place than # 1. About “Sweet Home Alabama” (1974) a series of clarifications must be made. Although they were always involved in bar brawls (even among the band’s own members), the inflated legend that Lynyrd Skynyrd were racist and ultra-right-wing yokels is completely untrue. It could be many things but not that. They respected the black community of the blues music, who influenced the music of the Florida band, and a very clear example, we have with their song “The ballad of Curtis Loew” (also from 1974), of praise and compassion for those suffering musicians. However, where did these fallacies against the combo come from?

The fuse had been lit with the songs by Neil Young, “Southern man” (1970) and “Alabama” (1972), where the Canadian musician blamed the people of the southern United States for his racism. Then, Lynyrd Skynyrd, as they had affection for Alabama where they had acted and led by Ronnie Van Zant (of course!), They answered Young, openly, in this historic song, about where they could put their accusations of putting all Southerners in the same bag.