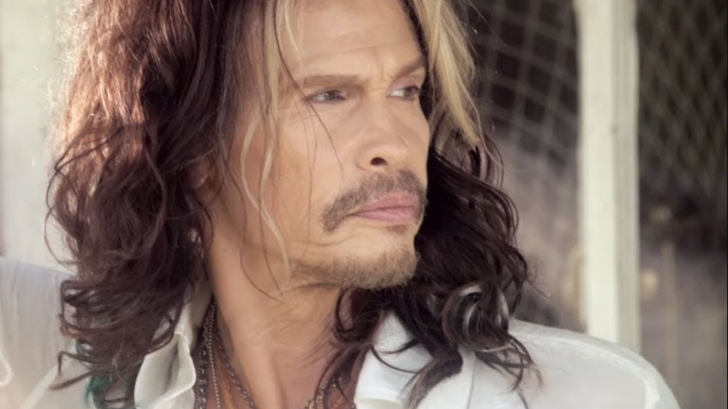 There are several dark episodes in Steven Tyler’s life, but without a doubt his relationship with Julia Holcomb is one of the lowest points in the musician’s career and in his personal life. Today we take a look at the controversial romance that the Aerosmith frontman had with a teenage girl.

Julia Holcomb’s life was already difficult before crossing the path of the rocker. Her parents had divorced when she was little, and soon after her new stepfather, who was an alcoholic, came into the house.

When Julia was 13, in 1971, and Tyler was 23, their family was involved in a car accident. Julia’s brother and grandfather died in the crash, while her grandmother lost a leg. Julia’s mother divorced for the second time and she had a mental breakdown.

At that time, Julia became friends with a girl ten years older than her, who introduced her to the world of rock and roll. Julia’s new friend took her backstage to the best concerts and taught her to behave and dress provocatively.

At age 16, in 1974 Julia met Steven Tyler backstage at an Aerosmith concert. The girl told her story to the rocker, who was immediately fascinated by the teenager and began a relationship with her.

As was evident, the life of a rocker does not have a fixed home. Steven traveled a lot, and because he wanted Julia to accompany him on his tours, he convinced Holcomb’s mother to give him custody of the teenager. As Julia’s guardian, Steven would have no trouble crossing state lines with her.

To convince Holcomb’s mother, Tyler explained that relinquishing custody was necessary for Julia to enroll in school.

“I felt abandoned by both my mother, my father and my stepfather. Steven was really my only hope at that point,” Julia explained years later in an article for Life Site.

A post shared by right in the nuts (@aerosmith_intheruts)

A year later, Julia was pregnant and excited, Steven Tyler proposed to her. Despite expecting a child, Julia continued to use drugs with the rocker.

The problems began when the musician announced to his family that he would be a father. Tyler’s grandmother wouldn’t give him the family wedding ring, which sparked a fight between Steven and Julia.

A post shared by All Aerosmith related images (@aerocr)

In 1975, the musician and the teenager lived in an apartment in Boston. One day, when Steven Tyler wasn’t home, the apartment caught fire with Julia inside.

Holcomb was rescued from the fire and woke up in a hospital with Steven Tyler. Although the doctors told Julia that the baby had not suffered any problems from the smoke and fire, Tyler began to insist that she abort.

Despite the fact that Julia was already five months pregnant and refused to have an abortion, Steven insisted. At one point he told her that if she wanted to have the baby, she would have to return to live with her mother. Finally, Julia agreed to undergo the procedure.

While they waited for Julia to have contractions to expel the fetus, Steven got high on cocaine at her bedside.

Returning home after the abortion, Julia mourned the loss of her son. His relationship with Tyler was hanging by a thread and the musician was already dating other women.

Finally, in 1997, Julia left Steven Tyler and returned to live with her mother and stepfather. With this, the turbulent romance between the young woman and the rock star ended, and over time Julia has become a controversial public figure by speaking out against abortion.

Two years later, Steven Tyler became the father of actress Liv Tyler. Of course, at first the rocker did not accept his paternity and Liv did not know who her father was until she was 8 years old.