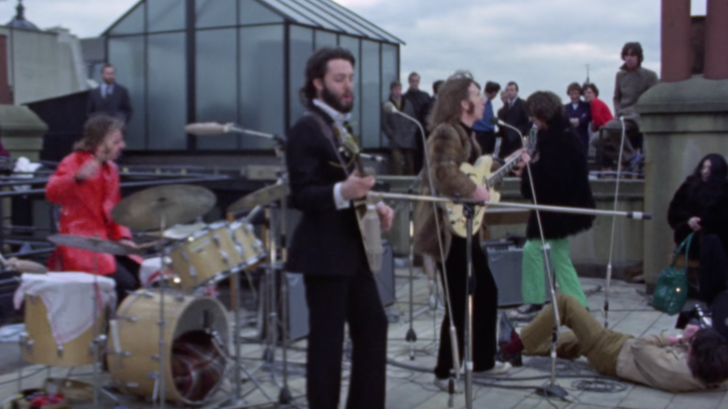 It was January 30, 1969, in London atop the Apple Studios Building – what would have become the Beatles’ main climax for the film Let It Be.

“We went on the roof in order to resolve the live concert idea, because it was much simpler than going anywhere else; also nobody had ever done that, so it would be interesting to see what happened when we started playing up there. It was a nice little social study.

We set up a camera in the Apple reception area, behind a window so nobody could see it, and we filmed people coming in. The police and everybody came in saying, ‘You can’t do that! You’ve got to stop.”

Although the rooftop concert was their unannounced last live performance. The real final live concert of the Beatles’ was on 29 August 1966 at the Candlestick Park in San Francisco in California.

“There was a big talk at Candlestick Park that this had got to end. At that San Francisco gig, it seemed that this could possibly be the last time, but I never felt 100% certain till we got back to London.

John wanted to give up more than the others. He said that he’d had enough.”

Candlestick Park was a baseball stadium and home for the baseball team, San Francisco Giants. 25,000 tickets were sold during the concert, but the capacity of the stadium was 42,500, so there were large sections of unsold seats during their final concert.

At their last final live rooftop appearance, the Fab Four performed the classic hit, “Get Back.” The unsuspecting audiences were surprised being able to see the Beatles perform for one last time.

“It was good fun, actually. We had to set the mikes up and get a show together. I remember seeing Vicki Wickham of Ready, Steady, Go! (there’s a name to conjure with) on the opposite roof, for some reason, with the street between us. She and a couple of friends sat there, and then the secretaries from the lawyers’ offices next door came out on their roof.”

The concert was weird enough that the only audiences they had were Vicki Wickham and a few others.