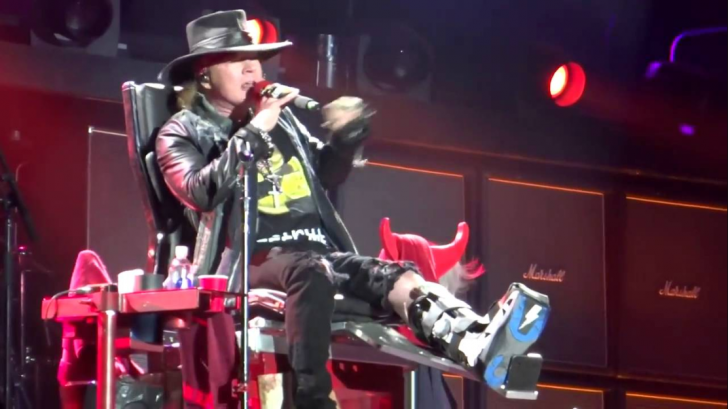 A Big Shoes To Fill In

The very first concert Axl Rose ever did with AC/DC was in the European show as a temporary replacement for Brian Johnson.

They performed some of the best AC/DC tracks on their career-spanning set including hits such as “Back in Black & Shoot to Thrill.” Axl Rose also performed with them which was the first time they performed live since 1996, the song called, “Riff Raff” and for the first time, since 2003, “Rock ‘n’ Roll Damnation.”

Rose temporarily stepped in for Brian Johnson after being diagnosed due to severe hearing issues. The iconic Gun’s N’ Rose frontman was the one who reached to AC/DC and volunteered as a replacement for Johnson so they could finish up the tour.

In an interview, Rose recalled that singing for AC/DC has been a once in a lifetime achievement, and it’s a big honor for him. One of the harder songs he sang for AC/DC was “Hell’s Bells,” according to him.

“I called the day I read about it in the news, that there was a situation going on with Brian’s hearing,” he told BBC 6, adding that he wanted to help if the band was interested.

Axl Rose ended up the European tour with the band out of respect for Brian Johnson.