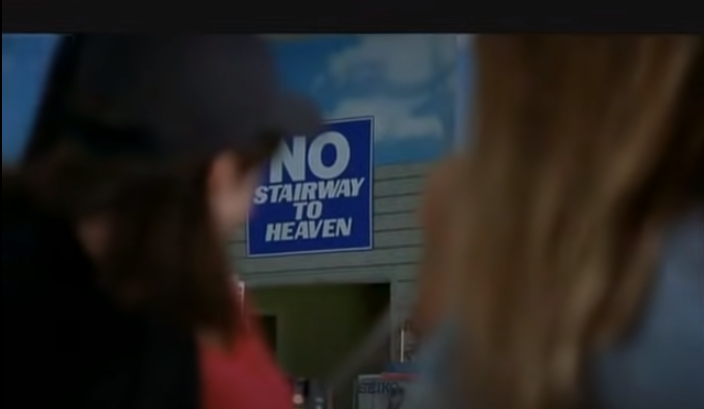 Some guitar shops have a tradition: Playing “Stairway to Heaven” by Led Zeppelin is prohibited. If you remember Wayne’s World from 1992, there is a sign that expressly prohibits it. Why? There are many theories: first, because surely the one who is testing the guitar is not Jimmy Page, so his interpretation will not be so good; also because it lasts 7 or 8 minutes, and it is about testing the guitar only.

Regardless, “Stairway to Heaven” is a classic rock tune, both from cover bands and those just starting out and listening to it from end to end is a delight that no one should deprive themselves of from time to time: its Acoustic and subtle beginning gradually grows into an enigmatic mix of Celtic folklore and electric rock, ending with a vocal climax by Robert Plant that some consider insurmountable.

“The forbidden song” is the title of the video uploaded by the YouTuber, Music is Win, in which he portrays the funny scene and the results are similar: no one allowed him to play this Led Zeppelin song. The video to date has a total of 17 million views and, at the time, it was really viral on all social networks. Don’t miss this funny video and watch it in full by clicking on the YouTube player below:

How The ‘Banning’ Started:

Legend has it that in all guitar stores when someone wants to test a guitar before buying it, the prospective buyer of the guitar would play “Stariway To Heaven” to prove that the guitar sounds the way he wants. This song has probably been performed millions of times by consumers and the effect achieved is that the sellers banned it. This joke is reflected in the video for “Wayne’s World” where the protagonist, Wayne, tries to play this song but is forbidden because that song is not allowed in the store.