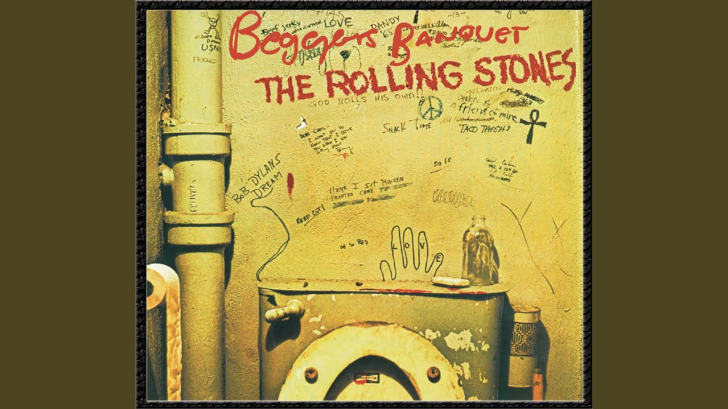 1968 Was The Beginning Of A New Era For Rock Music

This was the year were a lot of bands pushed the boundaries and further their exploration in creating new music and dug through their roots to make the sound of rock n’ roll even more better. 1968 was remembered for some of the phenomenal music that came out just from a single-year.

The album that gave us some of The Rolling Stones best tracks such as Sympathy For The Devil.

Beggars Banquet was released in December 1968 under the label, Decca Records in the UK. The band returned with their seventh British and ninth American studio album with a bang! It was the album that changed the face of The Rolling Stones which marked their most creative year.

Jimi knew we weren’t experienced enough from the “Are You Experienced” album, so he made another one to give us the experience he always wanted us to have.

The third and final offering of Jimi Hendrix in the world of rock music. Released under the label Reprise Records in October 1968. The album that redefined the rock sounding in 1968, giving us the experience of what it’s like to be in Electric Ladyland.

3. Sweetheart of the Rodeo – The Byrds

Classic stuff and Clarence White was in it – and he’s the only one who can use that B-bender like no one else.

The sixth album of The Byrds under the label, Columbia Records released on August 30, 1968. Though it was a commercial failure for the group, the album managed to bring love to the world of rock n’ roll in 1968, changing the sound of music from Bob Dylan’s folk-rock to experimental psychedelic rock.

The album that basically tells the story of our youth.

The fourth studio album produced by Paul Simon, Roy Halee and Art Garfunkel and was released on April 3, 1968, under the label, Columbia Records. Bookends showed what it was to be alive in 1968, and another proof that Paul Simon was one heck of a gifted songwriter.

5. The White Album – The Beatles

One of the most timeless records ever released – George Martin deserves a lot of credit for being responsible for the Beatles reaching such a feat.

The ninth studio album that was released on the 22nd day of November 1968, and considered to be one of the Beatles best records they ever made. The idea for this album was to defy all the concept of how to make an album – with its simplicity and iconic design. One of the Fab Fours finest work.