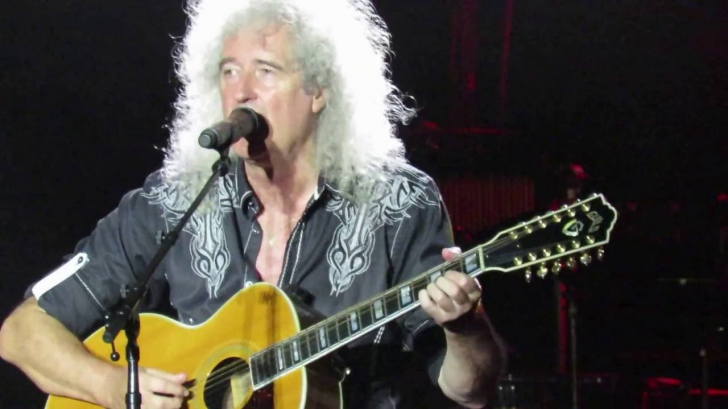 Brian May is one of the Queen’s four members who contributed to the songwriting process and was responsible for writing more of Queen’s most popular songs besides  Freddie Mercury.

We look back at the “Greatest Queen Songs By Brian May.”

They said they will rock us, and so they did without hesitation.

May claims when he wrote the song it was about his dream, a dream to “create a song that the audience could participate in.” In the Days of Our Lives documentary, May shared, “I went to bed thinking, ‘What could you ask them to do?’ They’re all squeezed in there, but they can clap their hands, they can stamp their feet, and they can sing,” he noted. “In the morning I woke up and had the idea in my head for ‘We Will Rock You.”

He was in the hospital when he wrote this song in 1974.

He wrote it out of the way he felt about the hard life of extensive touring, which the band did most of their lives. Mott the Hoople American Tour was the inspiration for this song and where the line “Down in the city, just Hoople and me” came from.

Brian May wrote it to make fat bottomed girls feel comfortable about themselves. What a great gentleman.

“I wrote it with Fred in mind, as you do especially if you’ve got a great singer who likes fat bottomed girls… or boys,” he told during an interview with Mojo magazine on October 2008.

The soundtrack for the savior of the universe Flash Gordon!

Brian May loves comic books, and when he got the chance to write the theme tune for the 1980 comic-book movie Flash Gordon, he came up with this song – and it perfectly fitted on the element of the movie.

5. Tie Your Mother Down

Thanks to Dr. Brian May, we get to enjoy one of the best riffs in the history of rock n’ roll, and yes, the song was written by him, and it proves of how genius he was not just a guitarist, but as a lyricist as well.

One of May’s favorite songs and he really is attached to it – and every time May and Rogers play with other bands, this is usually the song that they would choose to play, and they performed this one numerously with Foo Fighters and The Darkness.