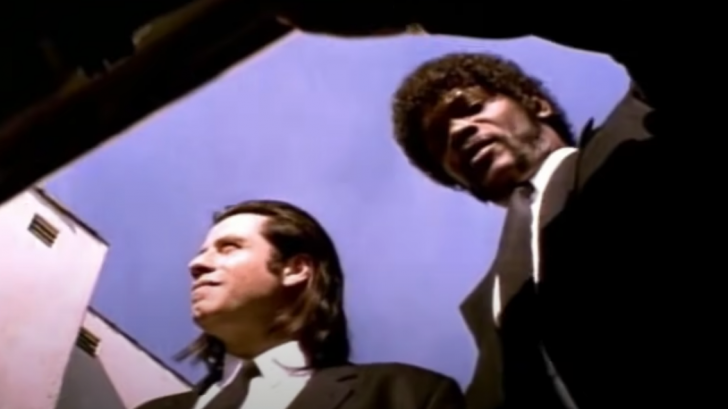 A good line in a movie is powerful. In some cases it can turn the film into a classic. In others, in a meme. It may even end up being the only salvageable item when going to movie theaters. Many of us collect these lines because they evoke memories, spark laughter or simply serve as a business card.

Therefore, I am not surprised that the hashtag #BestMovieLineEver became a trend worldwide. Ask people to tell you their favorite line from a movie and they’ll come running. And the fact is that the selection is so wide that when I sat down to think about a filter to be able to take advantage of the trend, I couldn’t think of any way to select a phrase or 10 from the enormous library that is cinema. Much less put them in an order.

But there is a director who (and this is a personal opinion) is a true genius with the art of dialogue. Quentin Tarantino. More than the blood, the way particles tell their stories or even their cameos, my favorite element of their films is the dialogue. Hence, at least half of my favorite phrases come from his films.

For this reason, we decided to present a short list in which he selected the best phrase from each of his released films. Whether it’s to make them want to see them, to argue that there is a better one or to kill time, these are the The Iconic Repeated Lines From Quentin Tarantino Movies.

“Everyone be cool” – Pulp Fiction, From Dusk Till Dawn

“Now, are we absolutely, positively clear about rule number one?” – From Dusk Till Dawn, Kill Bill: Vol 1.

“And that will be the story of you” – Django Unchained, Kill Bill: Vol 2.

“I may be a…but” – From Dusk Til Dawn, Jackie Brown