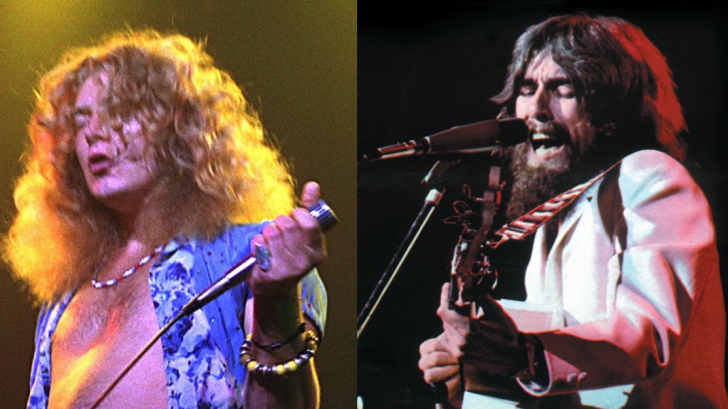 “The problem with you guys is that you never do ballads,’” George Harrison once told John Bonham about Led Zeppelin’s music.

When George Harrison asked the members of Led Zeppelin why they didn’t make ballads, Jimmy Page must have turned on a little light.

Locked up in his new studio, he began toying with the first chords of “Something” until he came up with the melody and guitar arpeggios on which the entire song would be based. Plant contributed lyrics and also one of the best performances of his entire career.

Far from the fanfare and power of his best-known songs, here we find peace, harmony, and beauty. Even a string section is given prominence, something not very common in them, which is why they possibly did not perform it as much live (they needed a mellotron) as would have been desirable. A true wonder.

The conversation between the guitarist and the drummer soon reached the ears of Jimmy Page, who was not going to stay with the criticism of the ex-Beatle. “I’ll give him a ballad,” Jimmy Page proposed to himself and ended up writing one of the group’s most iconic songs.

In a way, Harrison’s provocation spurred Zeppelin on new paths. They allowed themselves to experiment and include new instruments in their compositions. The 7:40 minute piece was finally immortalized as one of the fundamental works of the British group.