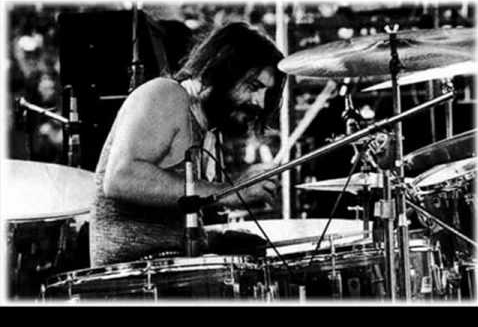 Few tracks from Led Zeppelin’s illustrious catalog have divided fans more than ‘D’yer Maker’ from Houses Of The Holy. The title of this semi-reggae effort is a mildly amusing joke on the Caribbean, and the tune is really no good. You’d figure Led Zeppelin could do more, but they could not really stop themselves. While some may justify the song because it is still by Led Zeppelin, it utterly falls flat.

Not only do many Led Zeppelin aficionados agree with the assessment of ‘D’yer Maker,’ but John Bonham did as well. “John was interested in everything except jazz and reggae,” according to bassist John Paul-Jones in Chris Welch’s biography of drummer John Bonham: A Thunder of Drums.“He didn’t hate jazz but he hated playing reggae – he thought it was really boring.”

“He wouldn’t play anything but the same shuffle beat all the way through it,” Jones revealed to the biographer. The Led Zeppelin founding member even went as far as to add that Bonham “hated” the song. Jones continued: “It would have been all right if he had worked at the part, [but] he wouldn’t, so it sounded dreadful.”

Bonham wasn’t the only one who had qualms about the music, and Jones voiced his thoughts on the softer song.

“The whole point of reggae is that the drums and bass really have to be very strict about what they play,” he scathingly remarked.

The fact that Led Zeppelin never played the song live implies that even Jimmy Page and Robert Plant, who were obviously the main reasons for ‘D’Yer Maker,’ were rebuffed by their colleagues.https://youtu.be/_pFZz3OXcMs