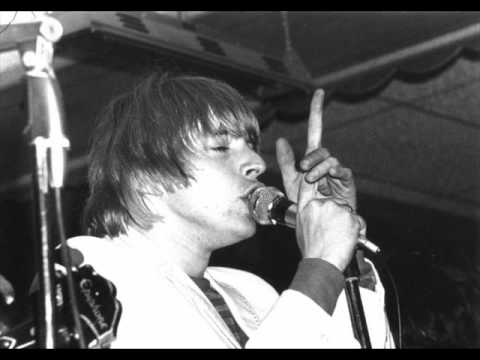 In the southwest London community of Richmond, Keith Relf was born on March 22, 1943. The musician’s mother raised him and his sister Jane at home while his father worked as a contractor. As a result, the Relf family had little interest in music. Nevertheless, he made the decision to pursue a career in music and started performing as a vocalist, guitarist, and harmonica player in bands in the summer of 1956.

Relf was a member of the Metropolitan Blues Quartet, which included Paul Samwell-Smith, who would later join Relf in the Yardbirds. Later, Top Topham, Jim McCarty, and Chris Dreja also joined them. They opened for Cyril Davies at Kingston Art School in May 1963, and following this performance, they started playing as the Blue-Sounds. Relf suggested the band change their name to the Yardbirds after a few performances.

Keith provided the Yardbirds with harmonica, blues harp, and soulful vocals during the course of his time with them. His musical contributions were essential to the sound of the Yardbirds. Relf also performed an early version of ‘Dazed And Confused,’ subsequently covered by Led Zeppelin. The leader co-wrote the Yardbirds classics titles ‘Shapes Of Things,’ ‘I Ain’t Done Wrong,’ ‘Happenings Ten Years Time Ago,’ and ‘Over Under Sideways Down.

Keith Relf formed Renaissance with his sister Jane Relf and the acoustic duo Together with Jim McCarty following the Yardbirds’ breakup in July 1968. The guitarist started producing records after leaving Renaissance, collaborating with musicians including Steamhammer, Hunter Muskett, Amber, Saturnalia, and Medicine Head. Armageddon was created by Keith in 1974, and their debut album of the same name was released the following year.

Keith Relf struggled to become well-known during his whole musical career. He released a first solo song named “Mr.” while he was still a band member. Zero,” yet the song only managed to reach position 50 on the UK Singles Chart. He also didn’t have much success while he was producing other musicians and starting bands. Relf continues to put out musical effort despite not losing his love for music.

Keith Relf experienced health problems including emphysema and severe asthma when he was still a performing musician. The ailments nonetheless had a significant impact on the musician’s life despite the frequent medicine he used to treat them. Unfortunately, Relf’s cause of death was sad. Making music was his greatest passion, and he passed away while doing it.

Keith was standing on a gas pipe in his cellar performing his guitar when he passed away. He was electrocuted by the electrical current since the gadget wasn’t grounded. The musician was discovered dead, according to reports, by his eight-year-old son. Keith Relf’s family kept their grief quiet after his passing. Relf’s former Yardbirds colleagues were more prominent, although he also contributed significantly to the group and was posthumously inducted into the Rock and Roll Hall of Fame in 1992.