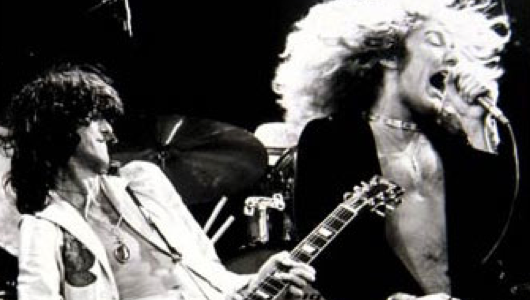 Is The Music Industry To Blame?

The sixties were actually the best time, and in fact, many people believed that music would change the world. It did, in a sense. But these days bands take for granted that they’re just selling products. Yeah, the sixties were a lot of fun, and it made music exciting for everyone. Everything was new, and within just a few months artists would come out bringing a new sound that never been heard before. I’m sure you all recall those great times, and without a doubt, you had no idea what was going on, but you were enjoying every single moment of it.

Of course, there were some bad music during those times, but most of the best that came out were so thrilling and ahead of their time. And it’s not because most of these musicians were geniuses; it’s just impossible and pretty much hard to create your own original masterpiece these days –  all been have done before.

The sixties change many things, and the bands back then were all very much ahead of their time. Of course, while music is changing rapidly, the music industry goes with the flow of the change as well; the attitudes, technology, and the musical landscape. Bands were all extremely changing too, — culturally, musically, and economically are all considered based on examining the changes.

The Beatles during the ’66 were a bunch of happy go lucky type of band and popularly known as the ‘fab four.’ But when the Doors came out from California, the Beatles changed their style and dived into a much deeper scene — the psychedelic sound, which we have all heard from their Revolver album. Though we can’t possibly compare it to Jim Morrison’s musical attitude; they all have something in common — the Beatles, Doors, and Led Zeppelin all experimented with drugs, and psychedelia trip. All these bands got away with it because it was a time when drugs were considered as a way of gaining inspiration, and greater understanding. Though we can all say that Led Zep were actually a seventies band, but were formed in the late 60s, and all the big sounds during that era or what we call the “classic rock” pioneer such as Eric Clapton and Jimi Hendrix — were all heavily influenced by Blues music.

The Beatles were the earliest amongst these bands and can be considered as an influence as well to those who came after.

So, what am I getting at here?

Music does not operate in such a cultural sense, and can only be considered as a component aspect. It was the young people during those eras that popularized the trend. We have to remember that music is exclusively for the youth. It belonged to them, even culturally speaking.

Bands like Led Zep, the Beatles, or The Doors still exist, we just don’t hear them because they are not mainstream anymore. Basically, the reason is the digital age — illegal downloading changed the game completely, and the very nature of the music industry as well. It was the record sales back then used to support our favorite classic bands and without the sales — there would be no money. And at one point, signing a band is a big investment for the music industry. And if you’re an artist who does not fit “big sales,” then you’ll probably get stuck with smaller labels.

The music is still out there we just have to keep digging — and there’s a chance that they’re playing in a club down on your streets. Don’t lose the faith!