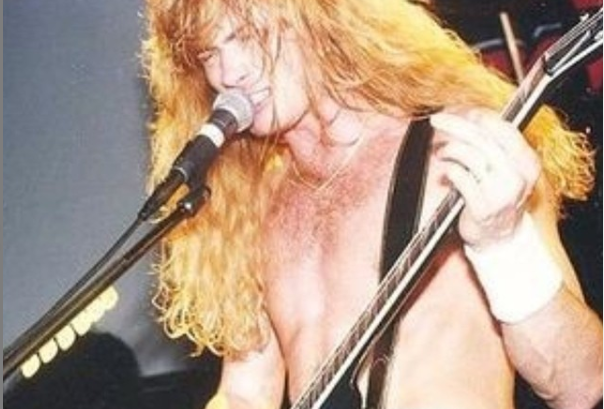 The God Of Riffs!

The man behind Dystopia announced earlier this year that he had written 500 riffs for the Megadeth’s upcoming 16th album, and according to him, there’s still a lot to do. Those 500 riffs, he already made eight songs out of them, and he’s still aiming to write few more before they release their new album.

Dave Mustaine made a name out of himself after being kicked out of Metallica. He has been working almost his entire music life and finally last 2017 his work for Megadeth has finally paid off. They won the Metal Performance Grammy Award for their astounding record, “Dystopia.”

Mustaine’s musicianship is out of this world, especially on his guitar work. Of course, he’s not necessarily the best vocalist in the metal world but he’s killing it behind the guitar. A rhythm guitarist who plays lead better than a lead guitarist. He has written one of the greatest riffs ever heard in the rock and metal history such as Holy Wars (The Punishment Due), Tornado Of Souls, and Symphony Of Destruction.

And now that he’s writing his 16th album, there is no stopping him. He has written 500 riffs, and that’s a lot for just 12 to 13 tracks of an album. Imagine a work ethic like that. Mustaine loves his music, he works his ass off from 10 AM through 7 PM when he has time to spend at home. Any artist can affect your life and Mustaine for me has been a combination of a hero and inspiration.

“We’re going to do 12 or 13 tracks this time. My contract says I’m only supposed to do eight songs a record and I just can’t do that — it feels like cheating.” – Dave Mustaine,

Dave Mustaine, IMHO, is unbeatable – and you can’t just emulate him. And his lyrics are always what we say – WTF!