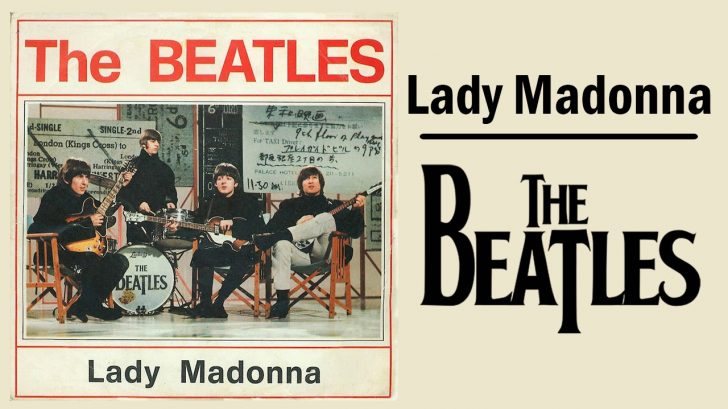 Following a series of groundbreaking singles, all so different from each other, The Beatles changed direction once again. For their first single release in 1968, they went back to their roots for “Lady Madonna.”

In a 1994 interview, Paul revealed, “‘Lady Madonna’ was me, sitting down at the piano trying to write a bluesy boogie-woogie thing … It reminded me of Fats Domino for some reason, so I started singing a Fats Domino impression. It took my other voice to a very odd place.”

But what was it that really inspired “Lady Madonna”?

Paul McCartney revealed that he was inspired by a January 1965 photo issue in National Geographic magazine to compose the song Lady Madonna, which shows a woman who breastfeeds her child.

Lady Madonna was released in 1968 and reached number one on the charts, making it one of the most famous songs by the Liverpool quartet. The January 1965 issue of National Geographic magazine featured a photograph titled Mountain Madonna, showing a woman breastfeeding a child and another laughing next to her.

Recorded on two different days in early February 1968, the session had been arranged rather hastily. The Beatles were about to set out on their journey to Rishikesh in India to study with Maharishi Mahesh Yogi at his ashram.

This single was the band’s last release on Parlophone in the UK, where it reached # 1 during the two weeks beginning March 27, and Capitol Records in the United States, where it debuted at # 23 on the Billboard Hot. 100 for the week ending March 23 and reached number 4 from the week ending April 20 through the week ending May 4. All subsequent releases, beginning with “Hey Jude” in August 1968, were released on his own label, Apple Records, under EMI distribution, until the late 1970s, when Capitol and Parlophone reissued old material. The first appearance of the album of the song in stereo was in the 1970 collection Hey Jude.