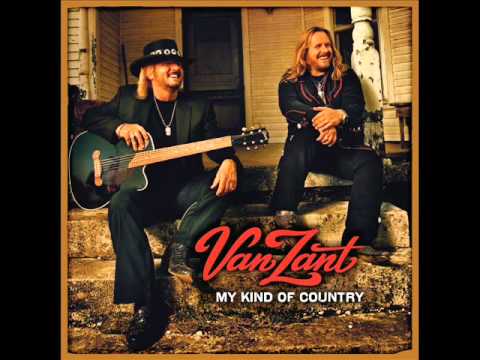 Johnny Van Zant singer from Southern Rock is the younger brother of the late Lynyrd Skynyrd founder and vocalist, Ronnie Van Zant. Johnny has become the vocalist for Lynyrd Skynyrd since its reformulation in 1987.

The Van Zant Brothers kept the country-rock legacy Alive with the duo’s classic, My Kind Of Country. Donnie and Johnny have been welcomed by country radio with two Top 20 hits.

My Kind of Country is the fifth and last record issued by the duo Van Zant. Released in 2007 by Columbia Records. The album peaked at No. 10 on the Top Country Albums chart. It also includes the singles “That Scares Me” and “Goes Down Easy”, both of which charted on Billboard Hot Country Songs.

Johnny and Donnie Van Zant never needed to prove their rebel credentials to anyone. As the respective lead singers for Lynyrd Skynyrd and .38 Special, these brothers are living symbols of the diehard Dixie spirit.

The Van Zant’s have found Nashville frequently courteous to the sort of guitar-spiked Southern rock that they (and late, great brother Ronnie) accommodated decades ago.“

And one of these great contributions that the brothers have given to Southern Rock is, “My Kind Of Country” which you can listen below: