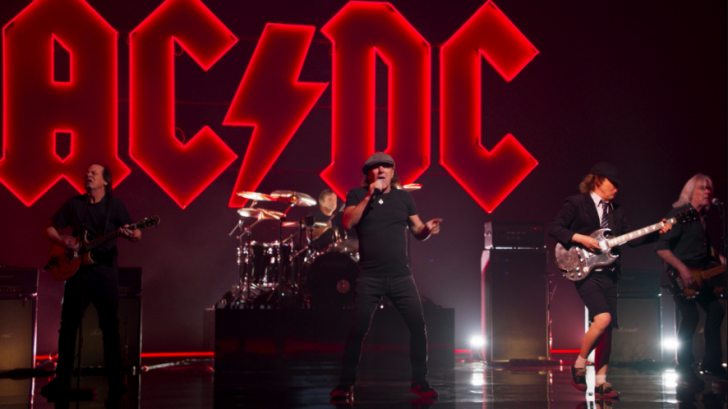 “Shot In The Dark” has all the looks, structure, strength, riffs, solos, and the majestic voice of the best era of the band. Despite not being anything new, pretentious, or looking to change the world, it manages to thrill us to the core.

This song is part of an album released last November 13, on all streaming platforms or in your still surviving favorite record store and that is called Power up. Shot In The Dark to be the first single, it left us all warm, what do we expect? A tremendous slam of hits.

The material already had a canned time, because since 2018 the recordings began through nothing more and nothing less than riffs, melodies, harmonies, and rhythms that Malcolm Young left before he died, tapes that were used throughout the material as a kind of tribute.

It was after Johnson’s departure in 2016, one of the worst blows the band suffered, that Angus decided to dust off those recordings and, why not, put them on record.

But if something worries us, it is if Brian Johnson will endure the fearsome AC / DC rocking, because it is one thing to start recording in the studio and quite another to risk the physical, but especially the ear, on stage.

Recall that Johnson had serious ear problems to the extent of having to abandon the Rock Or Bust tour and later, leave the band permanently, to be replaced by a few concerts by Axl Rose. The rumor got around that he might go deaf.

However, he underwent an experimental treatment with hearing experts, who developed a digital method to give the singer back his hearing, although he did not elaborate on the subject, or describe in detail what it is.