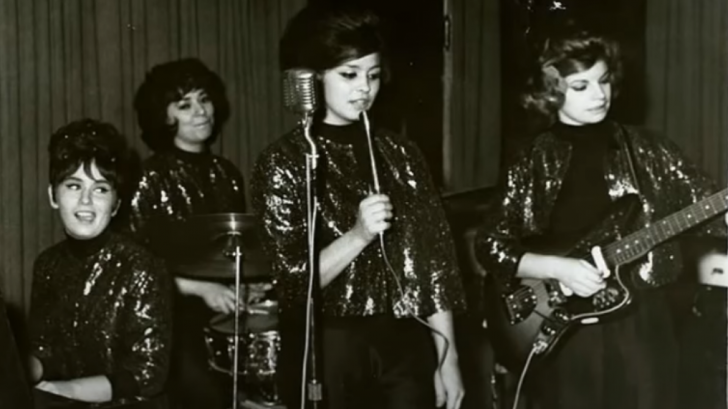 Among the few all-female music groups of the early 1960s, Goldie and the Gingerbreads still stand out. While their female colleagues went largely unnoticed by major record labels and mostly without a real audience, Ginger Bianco, Margo Lewis, Carol Mac Donald, and Genya Ravan were the first to break into the hitherto male-dominated music industry in 1963 to deliver the finest rock music to an astonished audience.

Genya Ravan, then the lead singer in Richard Perry’s band The Escorts, met Ginger Panabianco in a New York club. Ginger played the drums alongside one of Perry’s friends. The discovery of a female drummer alone gave Genya Raven the idea of ​​an all-female rock band. Together with Ginger, she already came up with the name Goldie and the Gingerbreads for the band.

Richard Perry and the other band members of the Escorts were college students. When the summer concert season was over and college started again, Genya and Ginger looked for a piano player. Soon Carol O’Grady was recruited into the project.

Finding a female guitarist was more difficult. At first, different women replaced each other. In 1962, on their first tour with Chubby Checker through Germany and Switzerland, the band had no female guitarist at all.

It wasn’t until 1963 that Carol Mac Donald joined the Gingerbreads, which had temporarily been reinforced by a female bass player. Also, Carol O’Grady had been replaced by Margo Lewis. As a guitarist and background singer, Carol Mac Donald was to become the fourth permanent band member.

Fashion photographer and director Jerry Schatzberg threw a party for the birthday of then-famous model Baby Jane Holzer in 1964. Goldie and the Gingerbreads were to provide the music for the evening. But it was the feast of gingerbreads. Among the guests at the “Party of the Year” were the Rolling Stones and Ahmet Ertegun, director of Atlantic Records. In the same year, there was a meeting with Eric Burdon and the Animals. Their manager took over the Gingerbreads for an England tour. However, problems with British immigration laws meant that the band initially performed a few times in Germany, including at the Hamburg Star Club.

At the concert events of the time, the Gingerbreads were often just one of up to six bands performing on the same night. In Great Britain, they have toured with the Animals, the Yardbirds, the Hollies, the Rolling Stones, and the Kinks, among others. A detour to the Olympia in Paris made them instant crowd favorites there as well.

In 1967, Goldie and the Gingerbreads broke up. The most likely cause is Genya Ravan’s strong personality, who always made the greater impression on critics and music journalists, and who also strived to broaden her musical horizons herself. Though she would miss the camaraderie of the other band members, she initially began performing alone in Europe.

However, in 1968 Genya Ravan returned to the United States to work with the Gingerbreads again for some time. But once again the Gingerbreads were dissatisfied with their management and in the same year the band finally broke up. Partly responsible for this were generally increasing contrasts between the women and jealousy. Upset by the development, Margo Lewis left the band first.

On November 13, 1997, the Gingerbreads performed together again to celebrate their 30th anniversary and the publication of Rolling Stone’s book Women in Rock.

On February 3, 1998, Goldie and the Gingerbreads received the second Touchstone Award from the Women in Music Society. The award goes to women who have the courage and inspiration to change the music industry and whose work has set milestones.