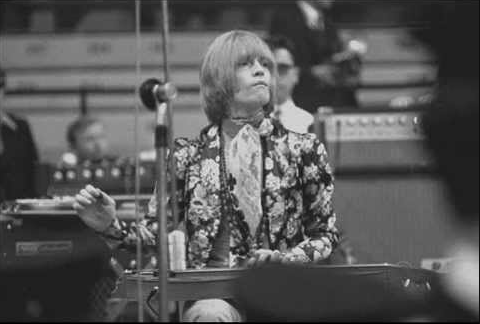 The 60s’ gave rock music the very best bands that the world has ever seen (or heard) such as The Beatles, The Beach Boys, The Rolling Stones, the British invasion, and many more. But it also took the lives of some legendary acts (untimely).

Ray Edward Cochrane, famously known as Eddie Cochran, was born on October 3, 1938, inside Albert Lea, Minnesota, US. He was known for his best works and originals such as “Summertime Blues” and “C’mon Everybody” and was inducted in the “Rock And Roll Hall Of Fame.” He died on April 17, 1960, due to severe brain injuries he attained from a car accident.

Stuart Fergusson Victor Sutcliffe, famously known as Stuart Sutcliffe, was born on June 23, 1940, in Edinburgh, Scotland. He was known as a bass player who played for The Beatles during their early days. Stuart Sutcliffe died on April 10, 1962, due to Cerebral Paralysis.

Ruth Lee Jones, famously known as Dinah Washington, was born on August 29, 1924, in Tuscaloosa, Alabama. She was known for her best work such as “What A Difference A Day Makes” and “September In The Rain” and was inducted in the “Rock And Roll Hall Of Fame.” Dinah Washington died on December 14, 1963, due to accidental overdose of sleeping pills and alcohol.

Samuel Cook, famously known as Sam Cooke, was born on January 1, 1931, in Clarksdale, Mississippi. He was known for his best work such as “You Send Me” and “Bring It On Home to Me” and was inducted in the “Rock And Roll Hall Of Fame.” Sam Cooke died on December 11, 1964, he was shot and clubbed to death by a motel manager when he broke into her office looking for a woman who escaped from his motel room that he had forcefully brought there.

Brian Samuel Epstein, famously known as Brian Epstein, was born on September 19, 1934, in Liverpool, England. He was best known as the Beatles’ manager. Brian Epstein died on August 27, 1967, due to accidental overdose of brandy and barbiturates.

Otis Redding Jr., famously known as just Otis Redding, was born on September 9, 1941, in Dawson, Georgia. He was best known for his works such as “Dock Of The Bay” and “Try A Little Tenderness, “was a singer for The Pinetoppers and toured with The Bar-Kays, and got inducted in the “Rock And Roll Hall Of Fame Inductee”. Otis Redding died on December 10, 1967, he died in Madison, WI, drowned after a tragic plane crash.

Lewis Brian Hopkin Jones, famously known as Brian Jones, was born on February 2, 1942, in Cheltenham, England. He was best known as the founder and original leader of the Rolling Stones. Brian Jones died on July 3, 1969, in Hartfield, Sussex, England where he drowned in his own pool.