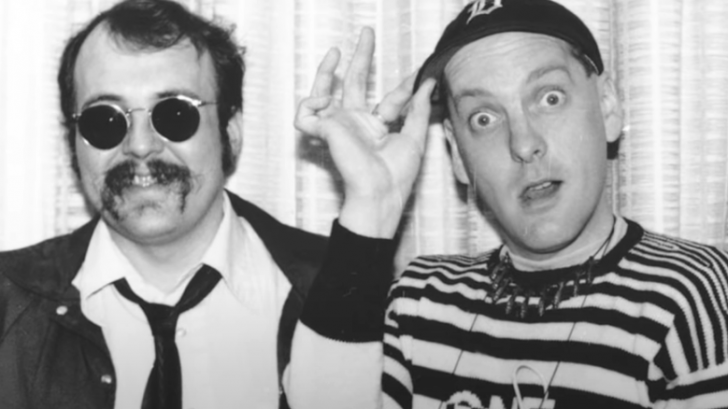 Cheap Trick appeared on The Howard Stern Show for the first time in almost a decade on Wednesday, just days before their induction into the Rock and Roll Hall of Fame on Friday. After discussing their new album Bang, Zoom, Crazy…, Rick Nielsen, the band’s lyricist and principal guitarist, spoke about working with John Lennon. Hello, an early encounter with David Bowie and their impending induction.

“He wanted a heavier sound because if you listen to Double Fantasy now, it sounds kind of loungy to me and it sounds like studio guys. He wanted a harder edge,” Nielsen, who appeared on I’m Losing You and Moving On, remarked.

Nielsen was coping with a serious personal situation at the time, but he really can not miss a chance to work with the legendary former Beatle.

“This is a true story. T he day that he (Daxx) was born, was the day I was in the studio with John Lennon,” Nielsen said. “My wife called me and said we got a baby boy. We were in Canada and I got some Cuban cigars, smuggled them in and we all smoked and toasted in there.”

After Carlos’ departure, Daxx Nielsen, who was alongside his father during the interview, has taken over as the group’s drummer. Nielsen stated that his wife was fine with it, and that things would have been different if the session had been with a different artist.

Nielsen performed the I’m Losing You riff and claimed that Lennon was instantly pleased.

“He said while I was playing Losing You, he said to Bun E. and Jack, ‘God, I wish I would’ve had him on ‘Cold Turkey.’ (Eric) Clapton choked up,’” Nielsen recalled.

There was talk of collaborating on an album with Cheap Trick and John Lennon’s group. But, with John Lennon as the main singer, where else might Cheap Trick leader Robin Zander fit in?

These intentions were never fulfilled since Lennon was assassinated three weeks after the launch of Double Fantasy.