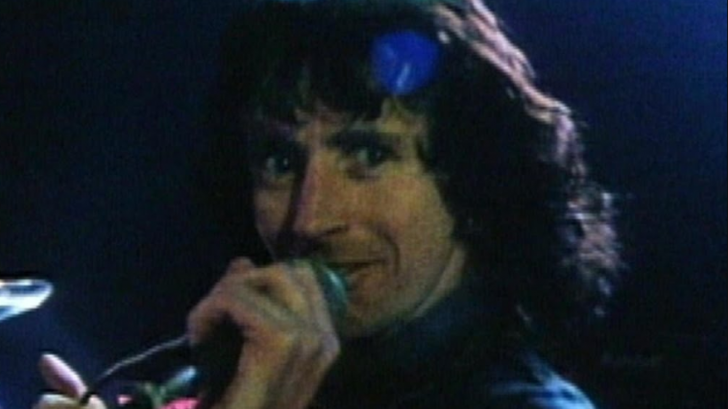 Bon Scott brought to the band an aggressive style of misfit boys that accompanied them throughout their career. In this way, with the band already formed, they made a tour of Australia, beginning to work on what would be their first album.

If he were alive, Bon Scott would already be 75 years old. For that simple reason – and obviously, because anyone who calls himself a fan of AC / DC knows and respects him. The man whose voice carried the demon himself. That incredible human being who possessed a power to conquer our senses. The one who used fire and blood to engrave his name in our hearts with the help of Angus Young bluesy rock guitar licks.

It is here where the magic begins, since in a short time after he met the members of AC / DC. He obviously didn’t rock out from the start, because he had a good time driving a van and hauling the band. This detail is quite curious, because the brothers Malcolm and Angus Young remember it perfectly and even went so far as to say that “he was driving like crazy and at full speed”.

AC / DC was formed by the Young brothers and they had amazed Bon Scott by the energy of their music. At the same time, Malcolm and Angus were fascinated by Scott’s voice and in 1974, they decided to send Dave Evans out, the first vocalist, and leave our boy in charge.

By January 1975, they recorded High Voltage, their first album, which was based on instrumental songs by the Young and with lyrics by Bon Scott. In that same year, but later, the single “It’s a Long Way to the Top (If You Wanna Rock’ n ’Roll)” was released, which became the band’s anthem and was also part of T.N.T.

That year many things happened for the band, such as the signing of their commercial contract with Atlantic Records and their European tour, with which they played with hard rock greats, such as Kiss, Aerosmith, Styx, Blue Öyster Cult and Cheap Trick, among others.

Highway to Hell was what marked AC / DC’s journey to resounding success in 1979. For many fans it was considered the best album of all and at the same time, it was on the list of the 500 must-have albums according to Rolling magazine. Stone. Not to mention that it is practically a hymn to Rock and Roll of the late 70’s.

Our friend Scott was and to this day is considered one of Australia’s most charismatic musical leaders, because his cheeky stance on stage and his powerful voice were a combination that kicked every possible butt. It was almost obvious that in time, the boy would become one of the most remembered images of rock.