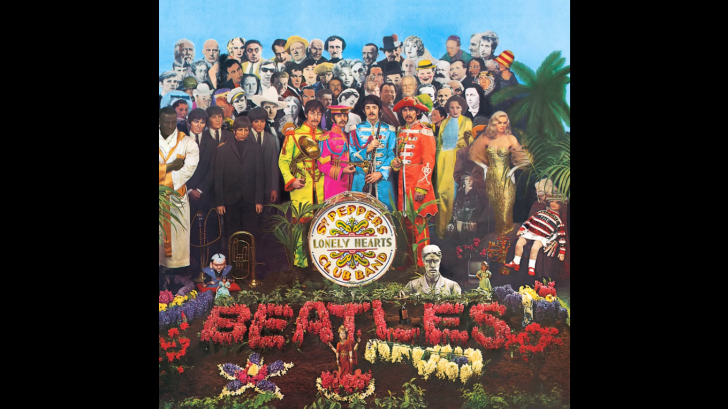 Sgt. Pepper’s Lonely Hearts Club Band is The Beatles’ masterpiece, the one in which all the artistic creativity brought by the Liverpool quartet emerged. Throughout these years some official editions or bootlegs have come out that have given us unreleased songs, but there is a song in particular that has not yet seen the light and that many followers of the group are still waiting for, it is the mythical and unpublished (even several fans consider it almost an urban legend, but it does exist) “Carnival of Light.”

So far there are very few people who have had the opportunity to listen to this song that was recorded during the sessions of Sgt. Pepper. But what is “Carnival of Light?” It is said to be a piece of experimental avant-garde style noises and sounds. At some point, it was thought to include it in Anthology number two, but in the end, it has never seen the light.

Likewise, bootlegs have come out that have the song listed, but when we hear it we are disappointed because they are vile frauds; even if we take a tour of YouTube we will find several videos that claim to contain the mysterious song but in the same way we find that they are false, made by some deceitful user.

In Mark Lewisohn’s book, The Beatles Recording Sessions, the date of “when Carnival of Light” was recorded is written. It was on January 5, 1967, when the group met, from 7:00 pm to 12:15 am, at Abbey Road Studios two to work on the theme Penny Lane and an untitled song. At the controls on that day were George Martin as producer, Geoff Emerick, and Phil McDonald as engineers. After re-recording the voice of Paul McCartney for Penny Lane, The Beatles prepared for a special task which was to work on the sound effects for an event, of music and lights, called “Carnival of Light,” which would take place on days January 28 and February 4, of that same year, at the Roundhouse Theater in Camden, London, and which was promoted by the designers, underground, Douglas Binder, Dudley Edwards, and David Vaughan, who had been hired by the bassist of The Beatles to decorate, in a psychedelic style, your piano.

At an invitation made by Vaughan, McCartney agreed to collaborate musically for said shows originally called The Million Volt Light and Sound Rave or the Carnival of Light Rave, which also had the contributions, recorded, of Unit Delta Plus, which was a collective made up of Delia Derbyshire and Brian Hodgson of the BBC Radio Workshop, and an electronic music pioneer named Peter Zinovieff.

After the recording, Geoff Emerick remembers George Martin told him: “This is ridiculous, we are going to dig into something more constructive.” After the monaural mixing was completed, Paul McCartney handed the tape over to Vaughan, Binder, and Edwards to be used at the events, after which the melody was never heard again. Alleged statements from people who were present at the Roundhouse Theater, where the Carnival of Light was held, said that it is a great piece of avant-garde art.

It seems that Carnival Of Light will still be canned and stored in a cellar at Abbey Road studios or perhaps in one of the many trunks that Paul McCartney has in the attic of one of his houses.