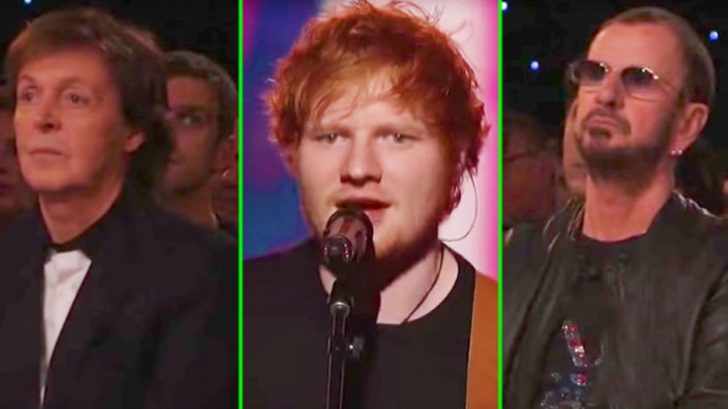 Even The Beatles Were Impressed!

As you grew up, you probably envisioned yourself being a rock star one day, in some shape or form. Whether you picked up an instrument or not, everyone imagined themselves on stage performing some of their favorite songs, from their favorite artists.

Ed was performing at an awards show, and played an acoustic take on The Beatles’ “In My Life” and in the audience Paul McCartney and Ringo Starr were looking on. Ed wasn’t fazed though because his performance was absolutely flawless, and Paul and Ringo looked like they were enjoying his rendition.

This is definitely one of the best covers we’ve heard of this song and to know it has approval from the geniuses who wrote it, makes it even better! Check out the awesome cover down below, and let us know what you think!