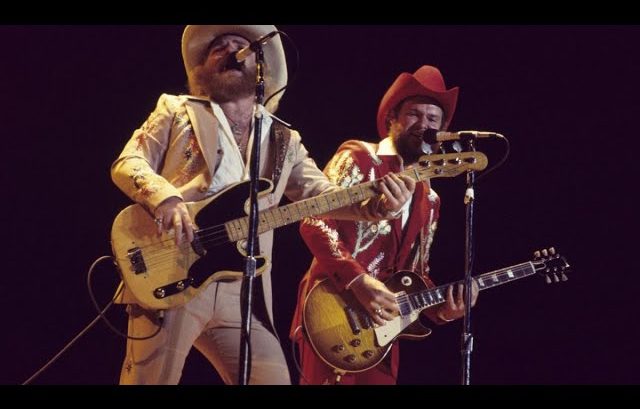 ZZ Top’s image of rich cowboys is contrasted by their legendary and long beards of orthodox priests. The great asset of this band has always been its impressive live concerts, with a picturesque and extravagant staging.

The group had released several albums, when in 1976 they released their fifth album “Tejas” (1976) and decided to embark on a tour, which seemed more like a sample fair. The Worldwide Texas Tour was a great show with more than 75 tons of material, including teams and the range of animals from the Texas fauna that accompanied them.

The large stage was shaped like the state of Texas, and among the pack of animals that shared the stage with the group were coyotes, pit vipers (rattlesnakes), a buffalo, and an ox. All of them live and direct.

The tour left the group exhausted, and when they concluded it they decided to take a year off to recover. The group vanishes after the triumphant expedition. Rumors about the dissolution of the group do not wait, it was even rumored that they had died in an accident. After 3 years when mortals considered them finished, they return with the publication of a new album “Degüello” (1979).

Watch a footage of the said tour below: