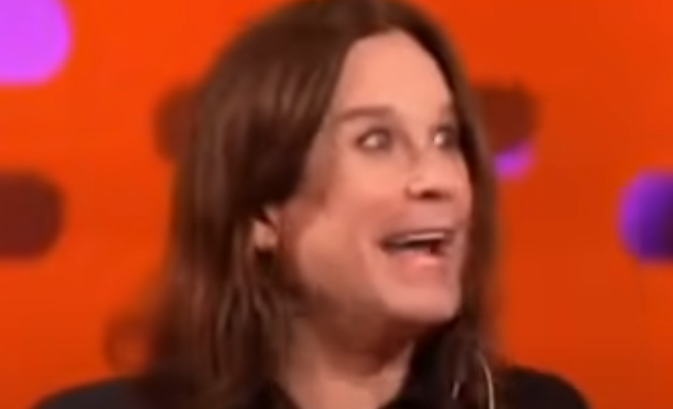 When Ozzy Osbourne rise to fame, he not only threw the mold in the trash, he smashed it to pieces, cemented the resulting debris, and buried it deep in a secret landfill far away from civilization – so inimitable is the man who has spent the last 50 years being one of music’s most famous stars.

Make yourself a list of proper rock ‘n’ roll behaviors, and Ozzy will be in everything: drugs, drinking, sex, prisons, near-death experiences, his own reality show. But that doesn’t do full justice to the fact that he’s one of the biggest rock stars to ever walk the planet, whether it’s drawing the heavy metal blueprint with Black Sabbath or defying expectations of a massively successful solo career.

Your legend is guaranteed. But where did this legend begin? According to Ozzy, it was because of Procol Harum’s ‘A White Shade of Pale.’

Speaking with Vic Garbarini about his choice of music, “A lot of these new bands have the aggression – but where’s the melody? I don’t fucking run out and buy the latest records by Snot or Sepultura or Megadeth. That music is not new for me – and what I do for a profession and what I like are two different things.”

Ozzy described the beauty of Procol Harum’s ‘A White Shade of Pale’ as he continued “My dad always said, If you have a great melody you have a great song’, and this one has a terrific hook as well. I still get the same thrill listening to this today as I did the first time I heard it.”

He then revealed that it was the same song that inspired the Beatles, Strawberry Fields Forever, he told The Times in 2009, “This may surprise most people who are well aware of my complete and utter obsession with the Beatles, but when I sat down and really thought about my favorite song of all time, I think I even shocked myself by choosing the Procol Harum classic, ‘A Whiter Shade of Pale’. To this day I do not know what the lyrics are about, but when I hear that haunting melody on the Hammond organ I immediately become transfixed.”

He continued to talk about the track, adding: “I remember about four or five years ago I was in my home studio with my producer, working up a list of songs that I wanted to record for an album of rock covers which we later titled Uncovered. ‘A Whiter Shade of Pale’ was at the very top of my list when I was made aware of the fact that a close musical associate of mine had just recorded the song for his new album.”

Ozzy really liked the song so much concluding, “It would have been odd for me to record it then so I took my pen and put a big fat line through the title. Oh well . . . I’m hoping to get around to recording the song one day for a movie soundtrack or maybe just for my own pleasure!”

But he never attempted to create a similar track, as he revealed the Independent: “It taught me when a song is perfect, not to attempt a poor copy. It’s been covered by so many people and I was tempted – but it’s been over-covered, so I decided not to. And I’ve learnt I was so right. It’s difficult with covers, even doing one of your own material.”