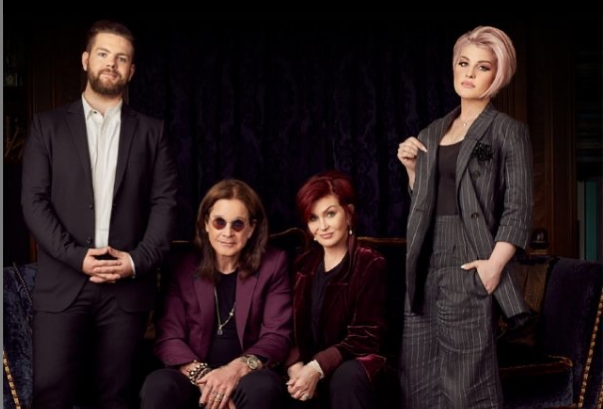 Ozzy’s daughter Kelly says that her family is being offered to reboot their famous reality show The Osbournes.

The Prince of Darkness daughter was asked if their family would be willing to return for another TV series of The Osbournes.

The reality show was broadcast in MTV between the year of 2002 and 2005 and gave the family their names in reality TV — Kelly confirms that an offer is currently on the table tempting them to return — although they haven’t decided yet if they want to or not.

She tells People: “I’m not joking, every single year about every three months or so, someone else gives us another offer and we keep saying, ‘no.’ It keeps coming around.

“Right now there’s another offer on the table and I think this is the closest we’ve ever come to accepting one, but whether that will happen or not, I don’t know.”

She was asked then, why they have declined to reboot the series over the years, she then replies: “We’ve got other people to think about. My brother’s got three kids.

“Do we want that life for them without them being old enough to choose if they want to do it or not like my brother and I were?”

She added: “The press were bad enough, but I can imagine peer groups of theirs online and what they would have said and done.”

Recently, Osbourne announced his rescheduled of No More Tours 2 dates across the UK and Europe which will take place towards the end of 2020 featuring Judas Priest and Marilyn Manson will join The Prince Of Darkness on his run of North American shows that will start in May.

Ozzy says: “Marilyn is killer live. He’s so fucking out there and if I think that, then look out – we’re all fucked.”

Manson adds: “I’ve toured with Ozzy many times and it’s always been fucking spectacular. I’m honoured to do it again. This is one not to miss.”

Ozzy will play some new tracks in support of his new studio album Ordinary Man, expected to be released in January.