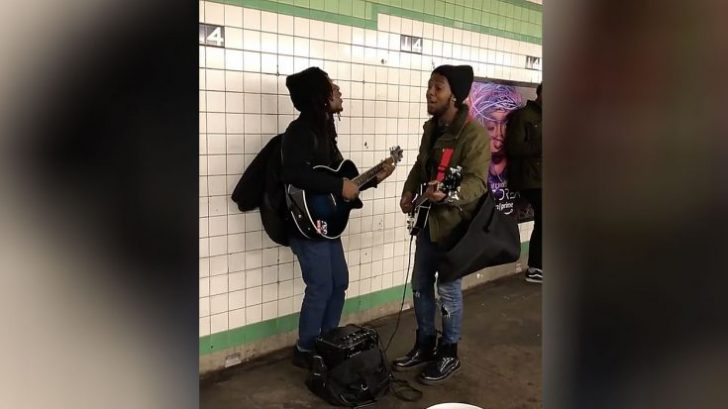 One of the things that make The Beatles so unique as a band is simply the fact that no other band can capture their signature sound, particularly John Lennon and Paul McCartney’s harmonies. For years, bands from all genres and all walks of life have tried to replicate these harmonies, but to no avail. Fortunately, that has all changed thanks to two street performers!

What you’re about to watch are two members of a band called Blac Rabbit use just a guitar, bass, and amazing singing voices to perform a SPOT-ON cover of “Eight Days A Week”. The real kicker behind this performance is the fact that their voices sound exactly like Paul & John!

Street performers are everywhere nowadays. We see them wherever we go, so it’s easy to become desensitized to them, but it just goes without saying that these two stand out in a huge way. We just hope that Paul McCartney somehow sees this!

I didn't know The Beatles were still alive ??