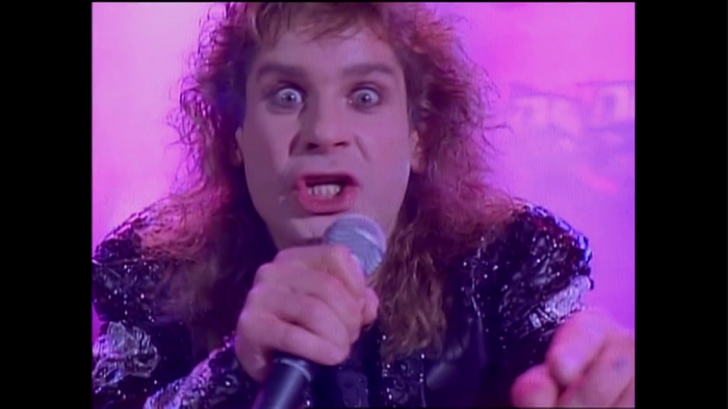 Advertisers around the world are in love with using big-name celebrities and rock musicians to sell their products. They are definitely fine, fine, fine. Their facial expressions and some classy scripts combined with the strangest products and a couple of adorable lines make them completely memorable and cheesy at all. We look back at These Musicians Who Sold The Strangest Products:

Today we remember one of his most talked-about provocations, when, to everyone’s surprise, he decided to star in a commercial for the luxury underwear brand “Victoria’s Secret”. And it turns out that he had already warned us. It was in 1965 when Bob Dylan told a journalist at a press conference that if it was ever sold to a commercial interest, it would be to promote “Ladies garments”, that is, “women’s garments.”

Kiss Her Perfume by Kiss, This bold and rebellious perfume is characterized by a unique blend of floral notes and fresh spices. Hints of lily and orchid are balanced by the unexpected wood of leather and mahogany, while the sweet scent of fig leaf keeps this fragrance delicate and feminine. A final touch of pepper adds another layer of complexity that makes it the ideal perfume for a woman who is not afraid to stand out. The band Kiss proved to be an icon for both their music and their distinctive looks since their debut in the 1970s. Nervous musicians were often more recognizable in their black-and-white makeup than their natural faces, and fans quickly fell for it. they were fascinated with the recreation of the famous look. With a multitude of makeup kits on the market, the band had one foot in the cosmetic industry’s door. In 2006 they launched a fragrance duo, including Kiss Her.

The name Ozzy, and moreover the surname Osbourne, which his wife Sharon adopted, is always synonymous with business. Today we are surprised by the news that a stuffed animal is thrown to commemorate the incident of the bite that Ozzy gave to a bat. On January 20, 1982, Ozzy bit the head of a bat while performing in Des Moines, Iowa (USA). He later said that he thought it was a doll thrown at him from the public.

Ozzy’s ad reads like this: “Today marks the 37th Anniversary since I bit a head off a f*cking bat! Celebrate with this commemorative plush with detachable head.”

Today marks the 37th Anniversary since I bit a head off a f*cking bat! Celebrate with this commemorative plush with detachable head.https://t.co/Of23jCDtaa pic.twitter.com/U8ZkmOYOey

Johnny, don’t do this, please don’t do it, you are an icon of rebellion, of what should not be done, of non-social inclusion, of anarchy. JOHNNY, PLEASE DON’T!  The ad was recorded in 2008 and some sources say that he pocketed over 7 and a half million dollars for it. An ad that was tailored to the Rotten, who comes out dressed in tweed and eating toast with butter. it has no waste:

26 years ago, Microsoft launched Windows 95 on the market, and it did so based on a huge marketing campaign, which included ads set to the score of Start Me Up by the Rolling Stones (a title that served as a reference to the start button). Microsoft reportedly paid the band between $ 7 million and $ 14 million to use their song in commercials