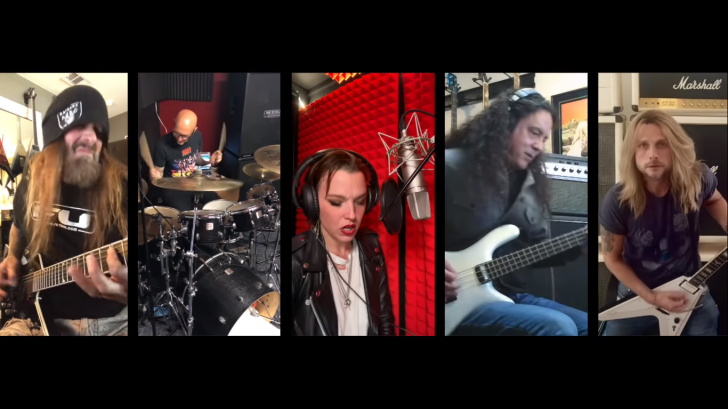 The performance is dubbed as “Collab-A-Jam,” the session was organized by former Machine Head guitarist Phil Demmel.

“First in a series,” explains the rocker. “After Marta and I had so much fun doing ‘No Excuses’, I invited my buds Dave McClain (Sacred Reich/Machine Head), Richie Faulkner (Judas Preist), Mike Inez (Alice in Chains, Ozzy, BLS, pretty much every band) and resident Bad-Ass Lzzy Hale (Halestorm) to jam on one of my favorite tunes by one of my favorite band

“Mixed by Paul Fig, Vid edit by Todd Shuss. More ‘Collab-A-Jams’ coming and look for a guest-oriented guitar breakdown and play-through show coming as soon as the Shelter in Place rules allow.”

“Bad Reputation is the title track to Thin Lizzy’s eighth studio album, along with its single, “Dancing In The Moonlight (It’s Caught Me In Its Spotlight”; which reached the No. 4 spot in the UK and was a Top 40 album in the US.