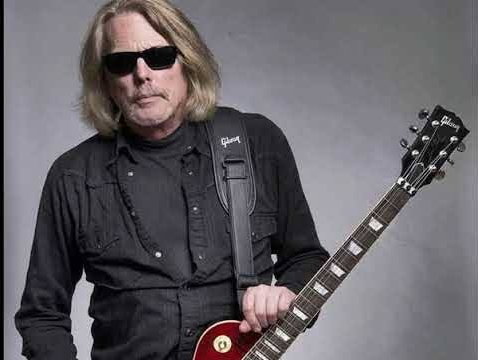 Thin Lizzy guitarist Scott Gorham shared what he thought about the band’s first-ever nomination for the Rock And Roll Hall Of Fame.

Thin Lizzy was one of the 16 acts were nominated for 2020 — however, the fact that they earned more than 500,000 votes to place them in at No. 8 in the Fan Vote poll — Thin Lizzy didn’t manage to get inducted this year.

This year’s inductees are The Doobie Brothers, T. Rex, Nine Inch Nails, Depeche Mode, Whitney Houston, and The Notorious B.I.G. as the class of 2020 at the upcoming 35th annual Induction event this spring.

“Firstly, I would like to congratulate all the winners who have been inducted into the 2020 Hall of Fame,” says Gorham in a social media post. “I wanted to express my heartfelt gratitude to all Thin Lizzy fans around the world, who voted in huge numbers to support our nomination to be inducted into Hall of Fame. To receive a nomination after so many years was indeed an honor and one that would have celebrated Philip for his genius to write music and lyrics that has touched us all.

“It is, of course, disappointing that despite your efforts, we did not make the final cut. It would have been great to be inducted, but knowing of your continued support over the years means ultimately more than being recognized by a panel of industry experts.

“I really wish there could be a Hall Of Fame for Thin Lizzy supporters, as I would definitely vote for each and every one of you, because you truly understood what we were trying to do.

:Looking forward to seeing you.”

Gorham was the guitarist for Thin Lizzy during their transition as Black Star Riders in 2012; where they released their fourth album “Another State Of Grace last year.