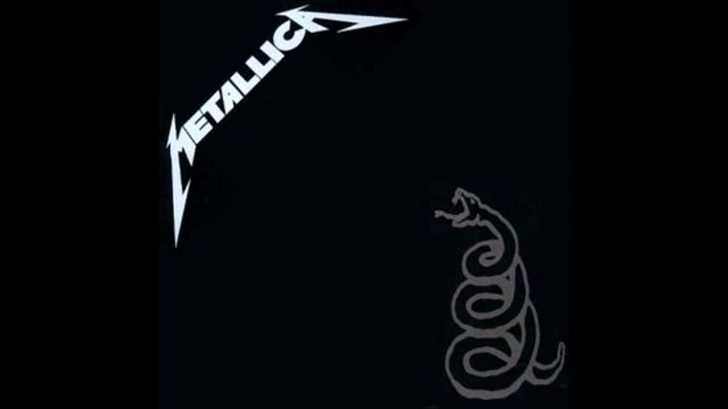 Interesting Facts About The Monolithic Record

Metallica’s self-titled fifth album was also their best-selling record. It was the band at the peak of their career. It received critical acclaim and topped the charts in the UK, US and several other countries. But it wasn’t without struggle. In fact, their recording alone was marred with so much conflict. Even producer Bob Rock acknowledged that “It wasn’t a fun, easy record to make.” Then again, in hindsight, it was definitely well worth every trouble.

Now you may be a hardcore Metallica fan but there are several things about the Black album which you may not know about. Here they are:

1. They were ready to kick out Bob Rock. Lars Ulrich shared “We’re like: ‘Excuse me, who the fuck are you?’” and Bob Rock also said in an interview that “I told the guys when we were done that I’d never work with them again. They felt the same way about me.” Metallica even kept their former producer Flemming Rasmussen around in case it didn’t work out with Rock.

2. Metallica decided to go for shorter songs because their audience would start looking bored whenever they played longer tracks. Fans weren’t buying their 10-minute tunes. According to Kirk Hammett, “We realized that the general consensus was that songs were too fucking long. Everyone [in the crowd] would have these long faces, and I’d think, ‘Goddamn, they’re not enjoying it as much as we are.'”

3. “Enter Sandman” was originally about a baby dying mysteriously in the crib but since it was going to be their lead single, Bob Rock asked James Hetfield to tone down the lyrics a bit: “I told him, ‘What you have is great, but it can be better. Does it have to be so literal?’ Not that I was thinking about the single; I just wanted him to make the song great. It was a process, him learning to say what he wanted but in a more poetic and open sort of way. He rewrote some lyrics and it was all there … the first single.”

4. James Hetfield wanted to sing like Chris Isaak on “Nothing Else Matters” and “The Unforgiven.” Rock revealed, “He said: ‘Bob, I’ve never really sang before, I’ve just kind of yelled. He played me a Chris Isaak record and he said: ‘On Nothing Else Matters and The Unforgiven, I want to sing. How do you sing like this?’ I said: ‘What you hear in Chris Isaak’s voice is the nuances when he sings – he isn’t doubled. He’s actually performing. You perform.’”

5. They picked Bob Rock even if he hasn’t worked with thrash metal bands in the past. Lars Ulrich admitted, “With Bob, we wanted a good mix. We wanted that big sound at the bottom end, and I don’t care if that song is on a Bon Jovi record, a Cult record or a Metallica record. The sound is the sound and we needed that.”

7. It was the first time they recorded their tracks ‘live’ together in the studio. Hetfield told Guitar World, “We wanted a live feel [to the album]. In the past, Lars and I constructed the rhythm parts without Kirk and Jason, or Lars played to a click by himself. This time I wanted to try playing as a band unit in the studio. It lightens things up and you get more of a vibe. Everyone was in the same room and we were able to watch each other.”

8. While working on the album, Lars Ulrich, Kirk Hammett and bassist Jason Newsted were going through rough patches. Hammett said, “Lars, Jason and I were going through divorces. I was an emotional wreck. I was trying to take those feeling of guilt and failure and channel them into the music, to get something positive out of it. Jason and Lars were too, and I think that has a lot to do with why the Black Album sounds the way it does.”

9. They deliberately tried to stay away from the usual “metal” album artwork cover. Ulrich admitted, “All these cartoon characters and all this steel and blood and guts. It was like:, ‘Let’s get as far away as possible from this.’” But there’s a backstory – one of their songs “Don’t Tread On Me” is the motto written on the Gadsden flag with a rattlesnake above it.

10. Even though Hammett appears on the music video for “Nothing Else Matters,” he doesn’t play on the track because Hetfield recorded the intro and solo himself. In 2012, Hammett said “I had to relearn that whole intro part to play by myself onstage which was a little bit intimidating for me at that point, [because] we never had a song that started that way.”

11. Bob Rock received a lot of hate. Hetfield claimed, “Bob Rock was a huge target. Everyone blamed him. He got some horrible death threats and shit from fans.”

12. During the free listening party, Hetfield was worried listeners would “throw up” once they hear “Nothing Else Matters.” He said, “I was just waiting for ‘Nothing Else Matters’ to come on. You know, to see if these people just look at each other and throw up! [Laughs] I was wondering how much peer pressure people were going to put on each other; people going, ‘Do you like this?’ ‘I dunno – do you like it?'”

13. Megadeth’s Dave Mustaine liked “The Unforgiven” and he once commented, “I liked it because I thought this was really the first time I’ve ever really heard James sing. He had sung before, and he was a great singer. But that was the first time I ever heard him really, really sing.”