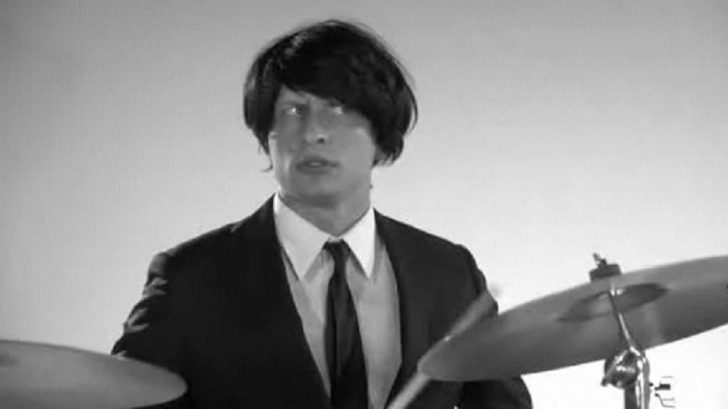 There’s no need to get riled up because this is all in the name of fun. People always refer to Ringo Starr as the least talented Beatle and some even judge him for being the luckiest man alive because he landed the gig even though he’s not the greatest drummer. Well, guess what? He’s laughing all the way to the bank because his net worth is $350 million.

If you need something to make you laugh or crack a smile, then you need to watch this video. Especially when he sings “I’ve had a thought / What if we put / Some of my stuff on our latest LP” and everyone else just looked bored or appalled at the idea. And we’re somehow rooting for him because the poor guy only wants to “artistically be more involved in all the music” that they play. Guaranteed, at the end of this clip, you’ll find yourself feeling a bit more for Ringo. 🙂

Thank you Pittsburgh had a great time and I know you did I send you peace and love ?✌️?❤️?????☮️

“We wrote the line ‘What would you do if I sang out of tune?’ for him. When you think about it, how many people in rock & roll can sing? But Ringo can deliver a song.” – Paul McCartney

Ringo gets so much hate only because he’s constantly being compared to the rest of his bandmates – John Lennon, Paul McCartney and George Harrison – who went on to make excellent records after their break up. But that’s not to say Ringo is lacking in the talent department. Everything he did was just right for The Beatles. Some of their classic hits will not sound the same if it wasn’t for him.

“The first few minutes that Ringo is playing, I look to the left at George and to the right to John, and we didn’t say a word, but I remember thinking, ‘Shit, this is amazing.’ Look, I love Led Zeppelin, but you watch them playing and you can see them looking back at John Bonham, like, ‘What the hell are you doing — this is the beat.’ You could turn your back on Ringo and never have to worry. He both gave you security and you knew he was going to nail it.” – Paul McCartney

So there, he deserved to be on The Fab Four.