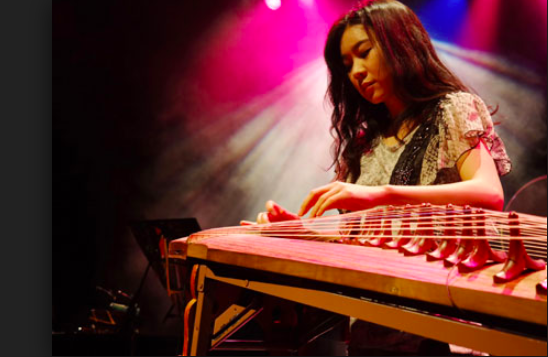 Luna Lee is considered the one of the world’s top gayageum musicians except there’s one thing that sets her apart than those of her traditional counterparts: she is rock n’ roll.

The gayageum is an ancient traditional Korean zither-like string instrument that is teased and plucked. Lee takes this gayageum and custom designs it to play popular rock songs that have captivated millions upon millions of viewers on YouTube worldwide.

One can only imagine how much practice has to be put into making an instrument sound great, let alone having that instrument play complicated riffs usually only modern electric guitars can produce. Tuning a guitar is already a chore in itself, just imagine tuning a gayageum — it would take a very long and arduous amount of time. Lee not just has the musical talent to play these rock songs, but also the patience and perseverance one needs to master the gayageum. Playing this traditional instruments requires dexterity and a nimble set of fingers to be able to manipulate the strings to produce the sound that you want, and Lee has the skill locked down. She is a pioneer that has married the traditional and the modern and she is rightfully praised for achieving such a feat.

“I love to play rock music,” she says.

And we love listening to her magical covers.

Check out her inspiring story below: