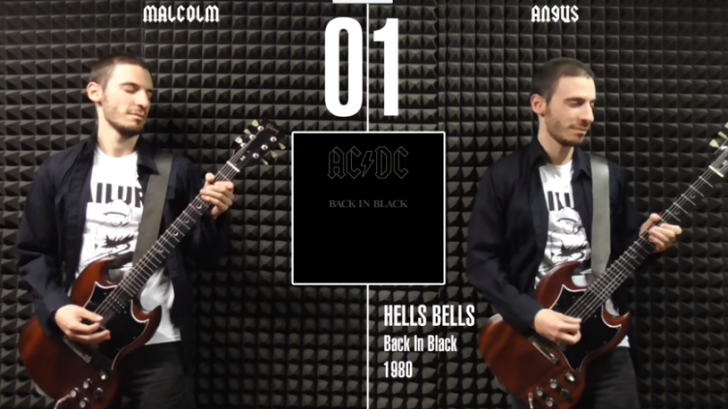 How to get everyone’s attention on the internet if not for finding your niche, and this Italian guitarist that’s what exactly he did!

Andrea Boccarusso, the one who gave us the 50 Iron Maiden Riffs, 50 Metallica Riffs, and 100 Metal Riffs which in how he made his name, releasing such a series of videos. Now the Italian guitarist topped all those multitudes of riffs just by performing 50 consecutive AC/DC riffs.

He channels both Malcolm and Angus Young as he performs the 50 consecutive AC/DC riffs using his video editing skills and split-screen technology so he can perform both guitar parts without pausing.

Andrea Boccarusso started to pick up his first acoustic guitar at the age of 14, influenced by the classic rock/heavy metal bands like ACDC, Guns n’ Roses, Dire Straits and Iron Maiden. He also has his own solo project, an industrial rock band called “Lock The Basement” in which recently released their debut album titled “Loading Your Personal Twat“ last year’s September.