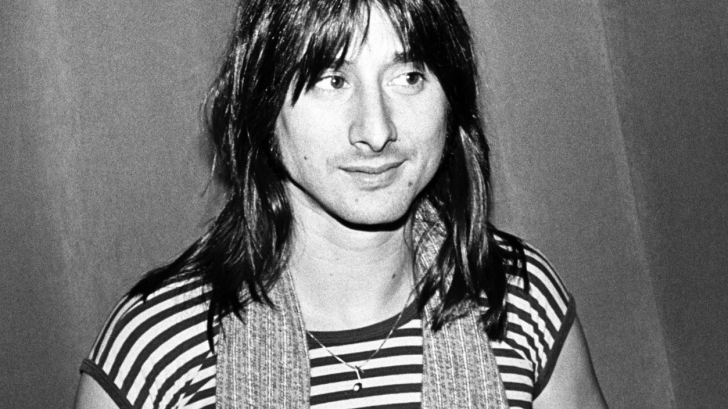 “This Is Kind Of A Funny Story…”

It’s easy to forget that most songs don’t come together perfectly the first time. The version you might hear on your favorite record is usually the result of tweaks and edits, but in the case of Bay Area favorites Journey, one simple last-minute edit may have turned an already good song into the mega classic you know and love today.

As Steve Perry told Uncle Joe Benson of The Classic Rock Nights Radio Show, he had “Lights” already written “almost completely, except for the bridge”. With lyrics like ‘When the lights go down in the city / And the sun shines on L.A.‘ it was a love letter to Los Angeles, but Perry shelved it after realizing he didn’t quite like the way it sounded at the time.

It wasn’t until he joined Journey in 1977 that he thought to bring “Lights” back out, and his move north made him realize that maybe a slight tweak to the song was in order in honor of his new residence, switching out “L.A.” for “bay”.

“I love San Francisco, and I love the Bay and the whole thing, and the words ‘the bay’ fit in so nice,” Perry reveals. “‘When the lights go down in the city / And the sun shines on the bay,’ you know? It was one of those early-morning-going-across-the-bridge things when the sun was coming up and the lights were going down. So, it was perfect.”

While “Lights” was only a small success in the very beginning, over time it soared to the front of Journey’s songwriting portfolio and became one of the band’s most loved, popular songs. If you swing by a San Francisco sporting event – say, a Giants game, for instance – you’ll even hear this love letter to the Bay Area played.

If you’re even luckier, Steve Perry might even be in the crowd with you, leading a singalong.

Oh, what a difference a word makes!