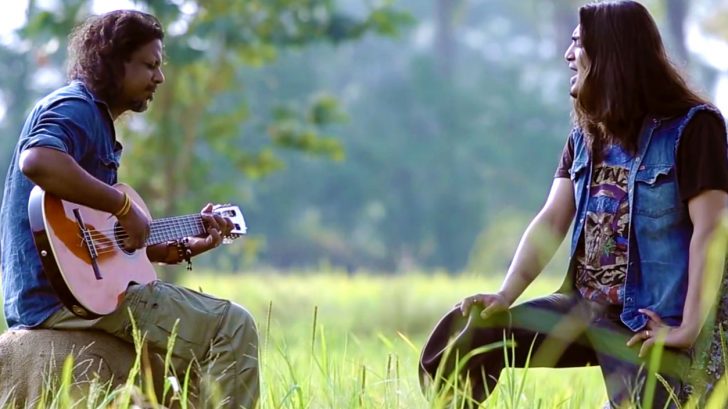 The Secret’s In The Guitar

With all the millions upon millions of covers of Guns N’ Roses’ 1987 megahit “Sweet Child O’ Mine” rolling around, you’d think that you’ve heard it every way it can possibly be played, right?

Making the rounds this week is a strange new cover by Indian guitarist Baiju Dharmajan and singer Girish Pradhan called “Sweet Indian Child O’ Mine” that finds the pair in a gorgeous field in India, Baiju absolutely slaying it on guitar while Girish serves up one of the grittiest, most hard rocking vocal covers we’ve ever heard – seriously, where’s this guy been all our lives?

What sets Baiju and Girish’s cover lightyears apart from the rest of the pack isn’t just a matter of guitar playing or singing, but the marriage between traditional Eastern music and the Western spirit of rock and roll that allows for these two to craft a final product that does exactly what music is supposed to do – inspire, delight, and shift paradigms.

“Sweet Indian Child O’ Mine” comes to a pretty supernatural conclusion, courtesy of the beautiful mystery woman you see floating around in the background throughout the entire video, so be sure to watch until the very end – it’s definitely worth staying tuned for!

Check out Baiju and Girish and their killer spin on this Guns N’ Roses classic in the video below!