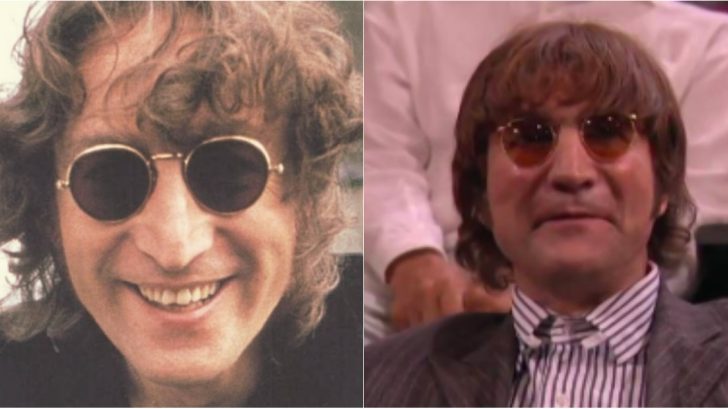 Conan O’ Brien always have some hilarious quirks in his talk show and this time is no exception. The show found a new way to take audience participation to the next level, panning to a close-up of an audience member and then playing specific theme songs about them. The subjects of these theme songs included a glasses-wearing middle-aged man “who probably owns a ferret”, a young man who had an awkward-looking beard that was described as a “little mermaid chin tattoo”, a rock n’ roll roadie who will get some fro-yo, a guy whose name is probably “Gus”, and to make things even more interesting, the “time-travelling John Lennon from 1965”! Even Conan was so dumbfounded by the guy’s uncanny resemblance to the late legend!

Turns out the John Lennon look-alike audience member is an actor named Lenn Johnston (a coincidental word play from John Lennon, perhaps?) and he’s been channeling Lennon’s appearance and even mannerisms for impressions.

Conan was freaked out by it, and so will you.

Check it out below: