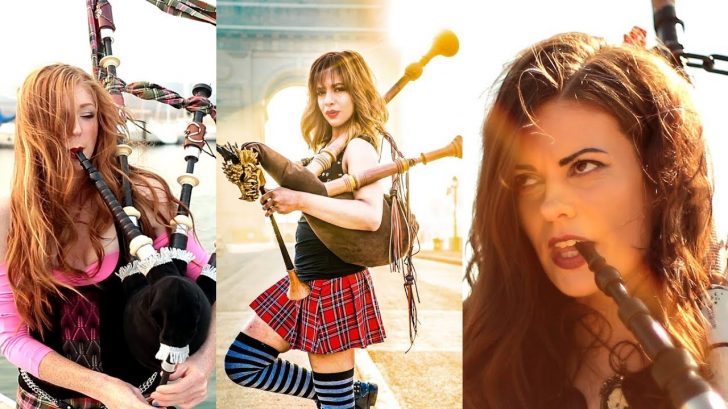 Indian musician and YouTuber Archy Jay, also known online as TheSnakeCharmer and Archy J, is most known for her bagpipe renditions of various tunes. She frequently creates themed music videos while dressed as characters from video games or movies while covering material from them. Metal, Celtic, EDM, and Folk are some of the genres that have influenced her music, and she frequently combines many of them at once.

Although she refers to herself as “The Snake Charmer,” her bagpipe-playing ability charms other animals as well. The first bagpiper in India is Archy Jay. Despite the fact that there are many more people who play the bagpipes, most of them are in bands. But how often have you heard someone play bagpipes to a rock song? It is not only uncommon in India; it is exclusive to her.

The Dropkick Murphys’ “I’m Shipping Up to Boston” is reinterpreted by the Goddesses of Bagpipe & The Snake Charmer in addition to the Metallica classic. The three women walk around in front of diverse settings.

It is crucial to scroll down a little bit to see what Archy Jay, Jane Espie, and Chelsea Joy have built on their long legs. Most likely, this is the first time you’ve heard metal and Irish music together.

This is unquestionably unique. It is also excellent. A two-song medley including bagpipes is played by three females. I’m Shipping Up To Boston by Dropkick Murphys comes first, followed by “Enter Sandman” by Metallica.