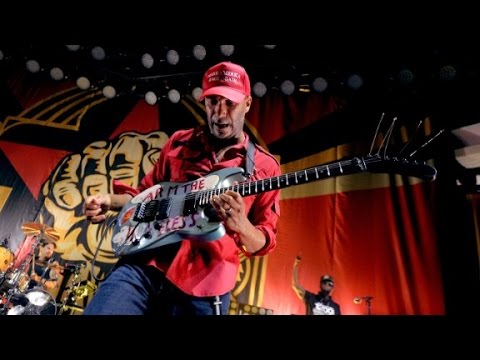 Despite having very different political views, guitarist Tom Morello has said that he and Ted Nugent are good friends.

Morello explained his unusual connection with Ted Nugent during an interview on the Howard Stern Show.

“You might be surprised that Ted Nugent and I are good friends,” says the guitarist when asked about dealing with musical work and political views.

“For his 60th birthday, someone reached out to me and said, ‘We’re making a video, and we’re asking guitar players [to record well wishes],” Morello explained. “At the time, the Ted Nugent that was sort of known in the world, in general, was this kind of more right-wing caricature — people were not thinking of him, first and foremost, as the guy who shredded on ‘Stranglehold’. But then I had to think, ‘What is the video that I’m going to make for Ted’s birthday?’”

The message reached well with Nugent, who called Morello then to appreciate him for the video.

Morello is a satisfied liberal and self-proclaimed revolutionary, and his Rage Against the Machine is one of the biggest political noises in rock history over 3 decades.