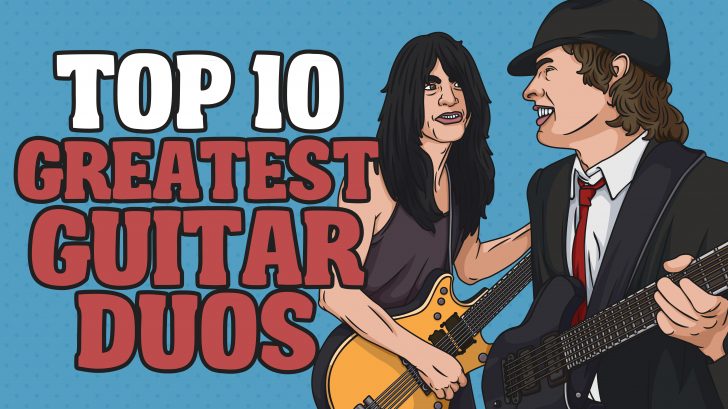 Two Do It Better

There was a time when being the lone guitarist “superstar” was the thing (e.g. think Tony Iommi being a one-man machine). But apparently, two is better than one – as evidenced by the following guitar tag-teams that managed to achieve sweeter and more complex sounds. And this is perhaps one of the greatest things about rock ‘n roll.

These duos thrived because their playing is solid and they know how to up the ante. And the result? Intense and mind-blowing sound that’s hard to replicate.

It’s all about the chemistry and you can hear plenty of those in their licks.

Say what you want about Slash but along with Izzy, these two know how to create magic together. Just take the songs in “Appetite for Destruction” for example.

Marty’s out-of-this-world talent in guitar playing perfectly matched Dave’s and while there are other impeccable guitarists in Megadeth, nothing beats how insanely revolutionary and groundbreaking their music was while Marty was with them.

In the world of rock guitar duos, they are often being overlooked and we all know they deserve to be in every single list.

For over two decades, they were the metal guitar duos that ended other guitar duos.

Neither of them is a slouch when it comes to guitar playing and they play as though they’re a single entity – it’s hard to say the same for others.

To be fair, Keith Richards and Mick Taylor also sound amazing together but Keith and Brian – man, they’re the duo that started it all.

Not only did they both play solid riffs and monster tones, their work as a tag-team is also second to none.

Is there anything more divine than Duane and Dickey trading licks and doing it flawlessly?

1. Eric Clapton and Duane Allman (Derek and The Dominos)

Eric called Duane “the musical brother that I never had, but wished I did.” Duane’s contribution to the “Layla and Other Assorted Love Songs” album took Eric’s guitar playing to new heights.