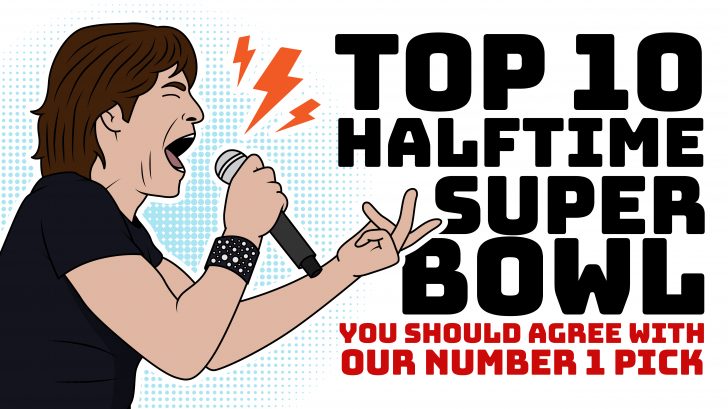 T’was a promising performance, but we could have wished for more to see him play the drums and air-drum along with him.

Shaina Twain was superb in her performance, it could have been her show but that Sting-Gwen Stefani duet on “Message in a Bottle, they nailed it also.”

The late Rock God, Tom Petty nailing it with his short version of “American Girl,” and providing performance for a night to remember in the Super Bowl XLII.

The Who did a nostalgic performance, a total classic kickass show that will never be forgotten.

One of the classic rock greatest performer, he did the world’s biggest stage performance like a boss!

Well, The Rolling Stones have never let their fans down. Though Mick’s dance move will scare you a bit, still they left us wanting more. Why not just go on tour again, right?

T’was one of the best and most touchy performances in Super Bowl, U2 set the first post 9/11 Super Bowl with a touching tribute to the thousands of lives lost on that September day. They made that night beautiful.

This whole show was way too damn safe, but I guess it calmed its audiences down because it was Paul McCartney’s show.

It goes both ways, brilliant and insane. One of the most never forgotten Super Bowl halftime show! Rock legends Aerosmith squaring it off with these kids on the same stage at the same effing time – EPIC!

Mr. Purple Rain himself was so good that the rain itself played along with him! Prince performance is the one show that made us forget about the other shows in Super Bowl!