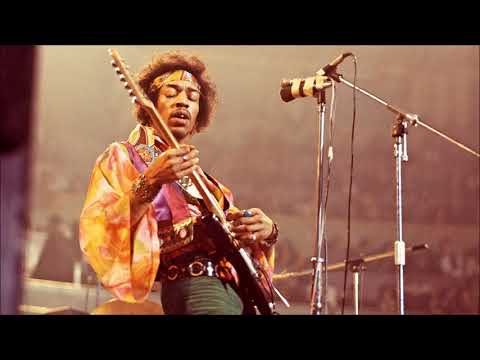 Fueled by the success of The Byrds and the Beatles, in the mid-1960s, rock and roll went from mere youth dance music to a true art form, according to Simon CW Reynolds, author of Blissed Out: The Raptures of Rock. Below are the 10 Posthumous Classic Rock Albums.

10. Made in Heaven – Queen (Freddie Mercury)

QUEEN, one of the most bombastic groups on the music scene, lost its vocalist after releasing what was then their last studio album. FREDDIE MERCURY left us forever, but his legend grew even stronger and his legacy extended to infinity.

The process took a few years. May, Taylor, and Deacon wanted the greatest possible perfection in this job, while managing to absorb the pain that such loss caused. In addition, both Brian and Roger were also immersed in their side projects. Thus, in the year 95, what in the end has become the last study work of the band (yes, let’s not fool ourselves and that they do not fool us), released under the name of “Made In Heaven”. Very successful title, taken from the homonymous song of what was the legendary singer’s first solo album, released in 85.

The legendary Roy Orbison resurfaced in this album from the ashes thanks to his talent and to fans such as Tom Petty, Jeff Lynne, Bono, The Edge, Steve Cropper, Mike Campbell, Al Kooper, Elvis Costello or George Harrison, some of the partners in the Traveling Wilburys supergroup.

With his shocking tenor vocality and the nostalgic memory of his past sounds from a contemporary perspective, Orbison composed one of his best works in LP format, a remarkable album after so many years of solo absence started with that magnificent single entitled “You Got It ”, A song was written by Orbison, Petty, and Lynne and produced by Jeff Lynne that has ended up becoming one of the great classics of his long career. Lynne also produces and writes with Big O an emotional and sensitive ballad called “A Love So Beautiful,” a precious moment that features Harrison’s acoustic guitar.

Released in 1972, “Eat a Peach” is a tribute to Duane Allman, who died shortly before the album was released in an unfortunate motorcycle accident.

It is the end of a great first musical stage and the beginning of a certain dispersion of ideas that after the publication of the legendary concerts held at the Fillmore East and the premature death of the group’s leader, it was a challenge to continue the musical adventure. But not everything was going to go wrong. The Allman Brothers demonstrate an astonishing comeback with this incredible album, where Dickey Betts’ guitar prowess begins to shine prominently.

The first in this catalog was The Cry of Love (1971). A collection of songs recorded by Jimi between December 1969 and mid-1970 that were to be part of his next Hendrix double work First Rays of the New Rising Sun or Straight Ahead (these possible names were found in notes written by Jimi in his recording studio).

The fact that Mitch Mitchell and producer Eddie Kramer intervened in its mixing and compilation would give The Cry of Love the credibility necessary to consider the album as official and authentic.

Buddy Holly’s fifth studio album was issued posthumously as a sequence of his incomplete material when he was still alive. The Buddy Holly Story, Vol. 2 is the following installment of his posthumous releases and highlighted overdubbed stuff leftover from the earlier years, including amazing Holly’s last single compositions.

Yoko Ono decided to collect Lennon’s last recordings and released them in 1984, four years after his death. The songs belong to his last months of life and to the Double Fantasy sessions. Critics received it very well, although in terms of sales it did not have the repercussion of its predecessor.

The singles on the album were “Any Road”, half-time with folk and country touches in which he warned about the danger of personal disorientation and showed his usual link with God (Bow to God And Call Him Sir); and “Stuck Inside A Cloud”, a beautiful ballad about escapism after a love break with that slide so characteristic of Harrison and Lynne’s use of Wurlitzer.

The most ragged white female voice (with an Aretha Franklin style) in rock history on her most famous and probably most accomplished album (posthumous).

Emotional and passionate rock of blues, country, and soul desires, interpreted in a moving way by Janis with The Full Tilt Boogie and produced by Paul A. Rothchild, collaborator of the Doors or Love.

An old saying goes “Dead the dog, dead rabies” and once the Doors were free of the erratic Morrison they decided to continue with the trio format with Krieger and Manzarek doing the vocal tasks and just a few months after seeing their “L.A. Woman ”decided to venture with“ Other Voices ”a compact that defied all predictions and made a place among some popularity charts but which, in the opinion of many, completely lacked Jim’s characteristic mystique and at some point was detached from what was shown by the band from Los Angeles up to that moment, the next step was “Full Circle” with a more comfortable trio whose sound flirted heavily with Jazz but unfortunately was sinking irretrievably from the popularity charts when a couple of years ago said Tables elevated them with one of the best-selling groups on the record market.

1. The Dock of the Bay – Otis Redding

What could have been the start of a dizzying career became the swan song of a legendary soul singer. This album was released posthumously after he died in a plane crash at the age of 26. Fortunately, it was not a half-heartedly raked collection of unfinished songs.

The Dock Of The Bay was finished with great respect by guitarist Steve Cropper. It ended up being his most coherent album of chicken skin soul from an artist who had a lot more to offer if he had the time. Although some songs date back to 1965 and others had already been released as a B-side, it was an immense commercial and artistic success. With the exception of the title track, we mainly get to hear a singer as we already knew from previous albums, but tighter. The title track itself announced that soul could start a second wind under the direction of Otis Redding.