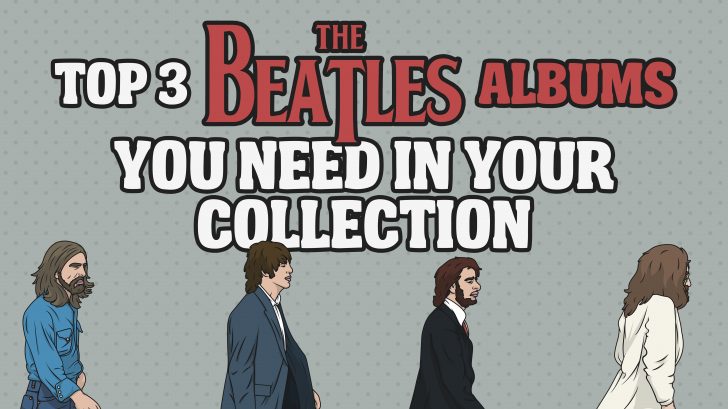 Some say The Beatles are overrated, well we beg to disagree. Imagine a world without ever hearing of “Revolver” or “Help!” or “Rubber Soul.” We’ll have to say “NOPE.” Their musical legacy transcends genres and generations and even until today, you can clearly see their influence not just in music but pop culture as well. So we rounded up three of their greatest records – not the easiest task, we know.

And it goes without saying that these albums deserve a spot in your record collection.

From “Eleanor Rigby” and “Here, There and Everywhere” to “Yellow Submarine” and “Got to Get You into My Life,” this is undoubtedly the work of a bunch of geniuses. It’s revolutionary, innovative and makes you look forward to every single song on the album. Some bands can only hope to achieve this level of greatness.

With epic masterpieces like “Come Together” and “Here Comes the Sun,” this is another achievement that most can only dream of. There’s no filler or weak point, not even the 23-second “Her Majesty” track. It’s both eclectic and unapologetic. Most of all, it’s pulsing with so much life.

We still think this is The Fab Four’s tour de force and more than five decades later, it remains untouchable. It all came together beautifully and its influence is evident in today’s music. Some may argue but we believe this was their finest moment as a group. Rock ‘n roll was never the same.