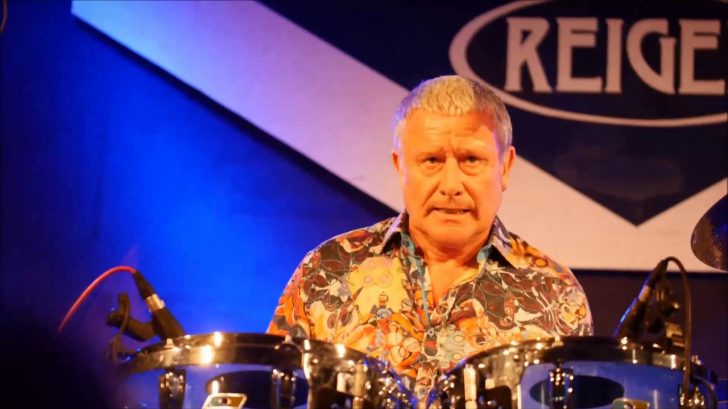 Emerson, Lake & Palmer, another of the most classic and the first ‘supergroup’ that progressive had. Carl Palmer is one of the best prog-rock drummers of all time. We look back at the Top 5 Carl Palmer Performances:

One of the most remembered songs on the debut album. Carl Palmer highlights his drumming virtuosity in interpretations of the classical piece.

Tarkus is one of the greatest progressive rock songs ever created and leaves the rest of the songs in the album in the background. The mazing tempo is very fast. Palmer could technically play any drumming style ‘under the table’ – hands down – with his eyes shut.

Emerson can’t help but go overboard with the synths again (probably because playing a Ginastera-grade piece would give him an adrenaline rush) and in the end Palmer’s drum solo looks good by comparison.

The everlasting ‘Rondo’ could not be missed for Palmer to expand again with his drums. Rondo is an instrumental song from 1959 composed by Dave Brubeck of ‘The Dave Brubeck Quartet.’

‘Tank’ also has three different sections, each destined to showcase one of its two authors: the first part commanded by Emerson’s keyboard; the second, almost a Palmer drum solo; and the third more or less half (even three bands, because Lake’s bass sounds fantastic), although what stands out the most is the catchy rhythm set by Palmer.