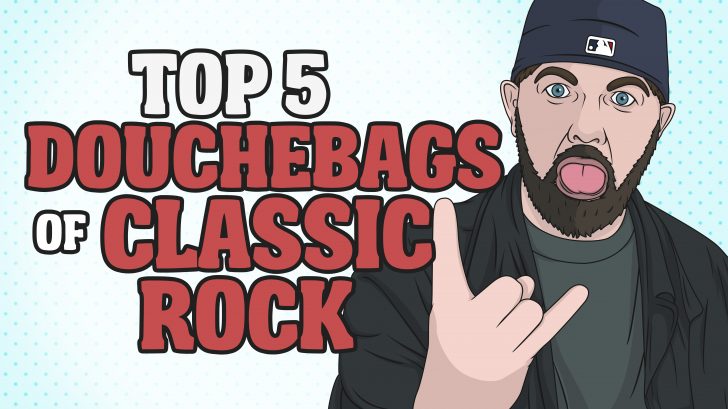 We Have No Chill Right Now

Being propelled to stardom almost always brings out the worst in people. Or maybe they’ve always been a bunch of douchebags but it was magnified 10x when they became rockstars. Either way, the following artists failed to follow the footsteps of ‘good guys’ Steven Tyler and Dave Grohl. They’re the kind of people you don’t want to hang out with.

For the record, it pains us to have to categorize him under rockstar. But it is what it is. So what makes him an a**hole aside from him making music and covers that make our ears bleed? He’s had feud with other artists and he bragged about sleeping with Britney Spears – the latter alone is enough to make him land a spot on this list. Oh and Korn frontman Jonathan Davis also called him an ass.

If we had to enumerate Morrissey’s faults, we’d be here all day. So let’s just go to his most recent display of douchebaggery – he defended both Kevin Spacey and Harvey Weinstein from the sexual harassment allegations saying that the victims should’ve known what could happen.

Unless you’ve been living under a rock, you probably know about their beef which has been going on forever. More than their lack of brotherly love, they’re pretty known for harassing other people too.

Where do we even begin? From fashion designer Tommy Hilfiger to an innocent fan – no one’s safe from Axl Rose. He will start a fight with anyone just because he feels like it.

To be honest here, we think Ted Nugent simply comes off like a douche to most people but isn’t really one on the inside. He just seems a little cocky and arrogant. When you dive in and listen to some of his interviews, he’s actually just really honest and believes in what he says. His right wing motivated rants might turn off a lot of people, but, hey it’s freedom of speech. Can’t hate on that!