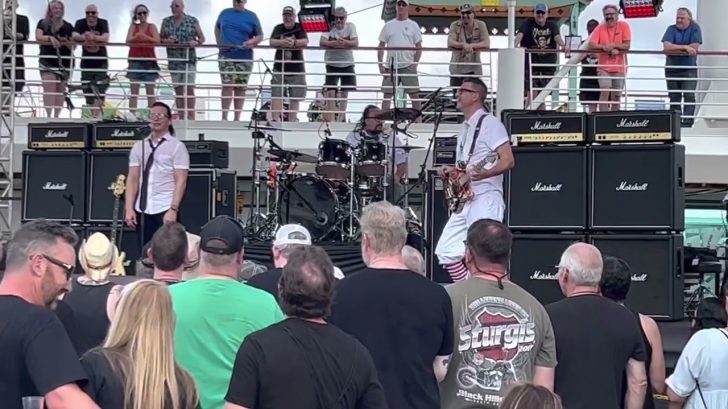 Van Halen is widely considered to be the apex of arena rock. From the over-the-top theatrics of the David Lee Roth to the considerably more mainstream Sammy Hagar years, Van Halen dominated the world’s largest stadiums like no one else.

Those of us who were fortunate enough to witness Van Halen in concert have fond memories. On the other hand, the next generation of rock music fans will never get to see Van Halen perform live. Despite the fact that there are several YouTube videos available, nothing beats the real thing.

Thankfully, there are performers who will keep carrying the flame. Several of the rock generation’s most popular acts have tribute groups, and a few of them are genuinely quite good. A tribute band might be the next best possible thing, which in many instances, the only alternative, if you can’t see the genuine band live.

Nerd Halen is a tribute band that was formed out of guitarist Caleb Rapoport’s fondness for Van Halen and his ambition to create a unique method to pay respect to his favorites. In Los Angeles in 2019, Rapoport got up with comedian/singer Hal Sparks to create an act that incorporates the lightness and comedy of Van Halen while still paying homage to the music.

These guys know how to play. On the band’s YouTube account, you’ll discover a few VH classics as well as Rapoport’s solo demos. We  picked a version of Van Halen’s Eruption/Panama.” Take a look at the video below.